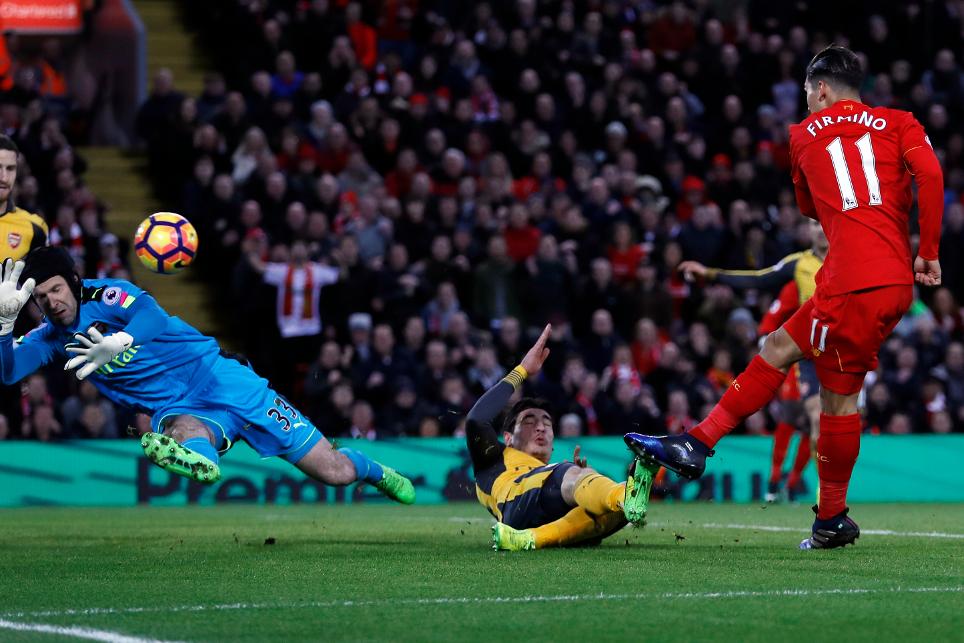 Sadio Mane, Roberto Firmino and Georginio Wijnaldum on target in 3-1 win at Anfield

Klopp: We were absolutely spot-on against Arsenal External Link

Lallana: 'We knew we had to perform' External Link

Liverpool moved into the top three and above Arsenal, beating them 3-1 at Anfield.

Jurgen Klopp’s side dominated the first half and were two goals up five minutes before the interval when Firmino this time teed up Mane to score.

But Liverpool made sure of the points in stoppage time when Georginio Wijnaldum scored on the break.

The three points lift Liverpool to third, two points ahead of Arsenal, who drop to fifth.