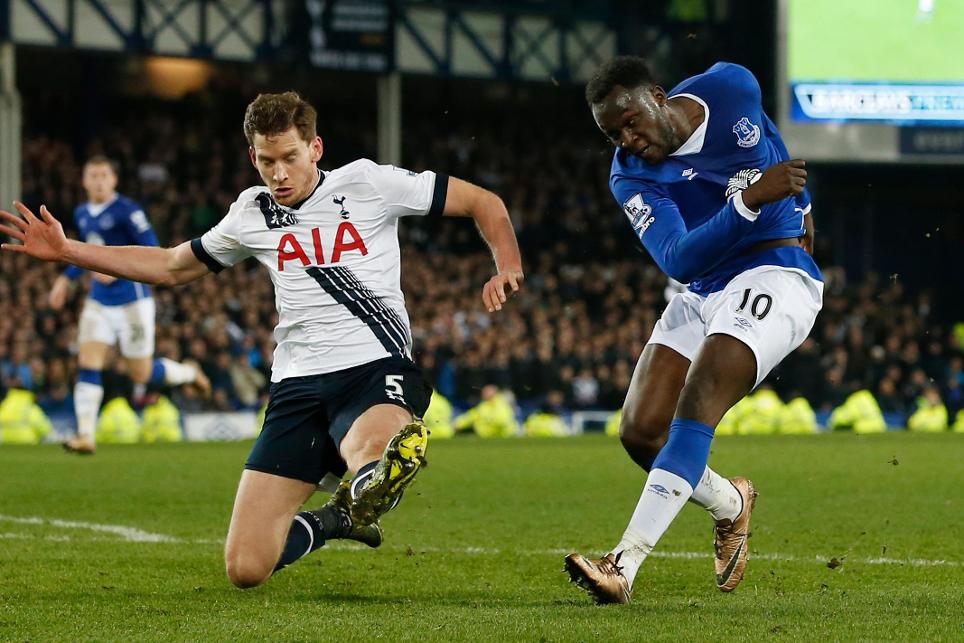 Romelu Lukaku says he is relishing the chance of scoring past Belgium team-mates Jan Vertonghen and Toby Alderweireld at Tottenham Hotspur this weekend.

The striker's next goal willl make him Everton's highest-ever Premier League goalscorer, overtaking Duncan Ferguson's tally of 60, and Lukaku says there will be no room for sentiment against his compatriots, whom Spurs hope to have fit.

“I like playing against people I know but I don’t have any compassion when I’m out on the pitch - I just want to win,” he told evertonfc.com. “It doesn’t matter [about friendships], forget that. It’s just another game for me and I’ll look to do my best.

“Records are there to be broken and I don’t want to hide that but the most important thing for me is that we win."