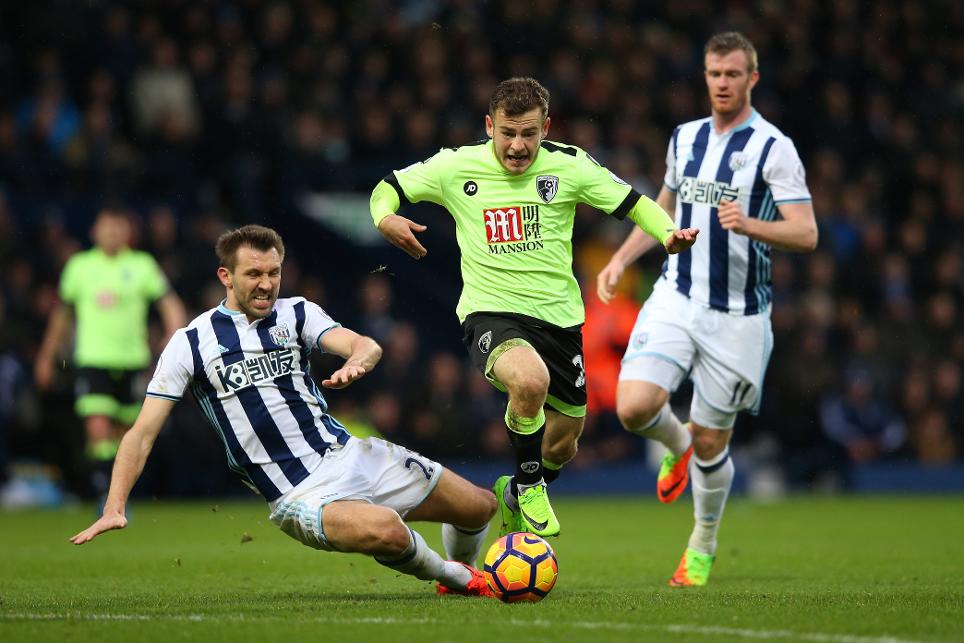 Ryan Fraser - It's difficult to take, we're doing everything we can to turn it around External Link

An impressive performance from Ryan Fraser (£4.8m) was not enough to prevent AFC Bournemouth from slipping to a 2-1 defeat at West Bromwich Albion, but it did earn the winger maximum Fantasy Premier League bonus points.

Another goal from a West Brom set-piece boosted McAuley's tally, although he also provided nine clearances, blocks and interceptions (CBI) for the hosts.

Despite his goal, King just missed out on bonus points, with his BPS tally reduced as he was tackled on three occasions.

Fraser's lively display was also recognised in the ICT Index, with a score of 8.5.

He top scored for Creativity (63) in Saturday's contest, producing four successful crosses from 12 attempts and providing four chances for team-mates.

McAuley ranked next in the Index thanks to a Threat score of 41. The centre-back recorded more shots from inside the box (three) than any other player at The Hawthorns.

After scoring a sixth goal of the season and earning bonus points in four of his last five Gameweeks, McAuley’s stock continues to rise.

Owned by 31.2% of FPL managers, the centre-back is now West Brom’s second leading goalscorer behind Salomon Rondon (£6.7m), with seven, and is the joint-sixth highest scoring FPL defender on 108 points.

Elsewhere for the Baggies, Matt Phillips (£5.8m) was ruled out due to a hamstring injury, an added concern for his 18.9% ownership who have suffered six Gameweeks without a goal or an assist.

Already more than 39,000 have parted company with Phillips, with the midfielder suffering more sales than any other FPL asset. This despite West Brom being one of eight sides to offer a guaranteed Gameweek 28 fixture.

Tony Pulis' men face Everton over that weekend, though, and the Baggies’ schedule stiffens from that point on, with encounters with Arsenal and Manchester United looming.

For AFC Bournemouth, the performances of Fraser and King have put FPL managers on alert.

King was again deployed as the lone striker for Eddie Howe’s men and claimed spot-kick duties with Callum Wilson (£6.1m) sidelined and Junior Stanislas (£5.1m) out of favour.

AFC Bournemouth also offer an assured fixture in Gameweek 28; they face West Ham United at the Vitality Stadium, with a trip to Manchester United to come next in Gameweek 27.