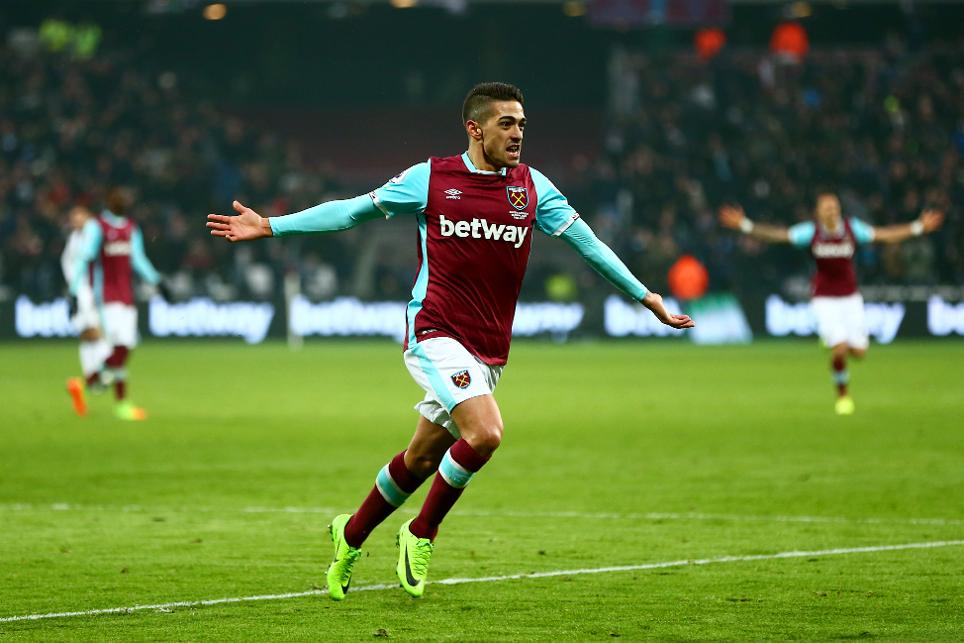 Outstanding throughout the London Stadium contest, Lanzini completed 93% of his 61 passes and four dribbles to torment the Baggies.

He scored 42 in the Bonus Points System (BPS), edging out team-mate Sofiane Feghouli (£5.0m), who tallied 38 to pick up two additional points.

He was adjudged to have got the final touch on a Jonny Evans (£4.4m) header as the visitors claimed a late equaliser.

McAuley was also the most dominant defender on show in the 2-2 draw, contributing 12 clearances, blocks and interceptions (CBI) and winning two tackles to score 28 in the BPS.

Feghouli's all-round display was flagged up in the ICT Index, earning him his season-best tally of 15.0.

In addition to carving out three chances for team-mates, the winger also attempted three efforts on goal.

Robert Snodgrass (£5.8m) top scored for Creativity (79), both in Saturday's contest and overall in Gameweek 25 so far.

Making his home debut, the Scot supplied eight crosses and created six chances - a tally matched only by Manchester United's Zlatan Ibrahimovic (£11.6m) over the weekend.

Playing as a lone striker in the absence of Andy Carroll (£6.3m), he enjoyed 11 touches in the West Brom penalty area, including two close-range efforts on goal.

With both these teams guaranteed a Gameweek 28 fixture having been knocked out of the FA Cup, Saturday's match was an audition for would-be FPL investors.

Lanzini certainly raised his profile: he has now provided two goals and three assists over his last four Gameweek starts.

But Snodgrass and Antonio remain the key attractions in the Hammers squad.

The latter appears to have cemented his start up front with Carroll struggling with a groin injury. Meanwhile, Snodgrass's impressive statistics - notably his Creativity score - underlined his potential.

For West Brom, McAuley's goal took him to five for the season and cemented his status as their most popular FPL asset.

Already owned by 30.3%, he is second only to Everton's Seamus Coleman (£5.8m) for transfer interest among defenders ahead of Gameweek 26.

Denied an assist for West Brom's equaliser after it was awarded to McAuley from Evans' initial header, Brunt's delivery from the corner demonstrated his ability to supply attacking points alongside potential clean sheets.

In midfield, Matt Phillips (£5.9m) has now failed to deliver a goal or an assist over his last five Gameweeks and was hooked on 66 minutes against the Hammers.

The winger ranks fifth for Gameweek sales following his latest blank, although, with AFC Bournemouth and Crystal Palace up next, both at The Hawthorns, he could yet sting the 16,000 FPL managers who have sold him ahead of Gameweek 26.