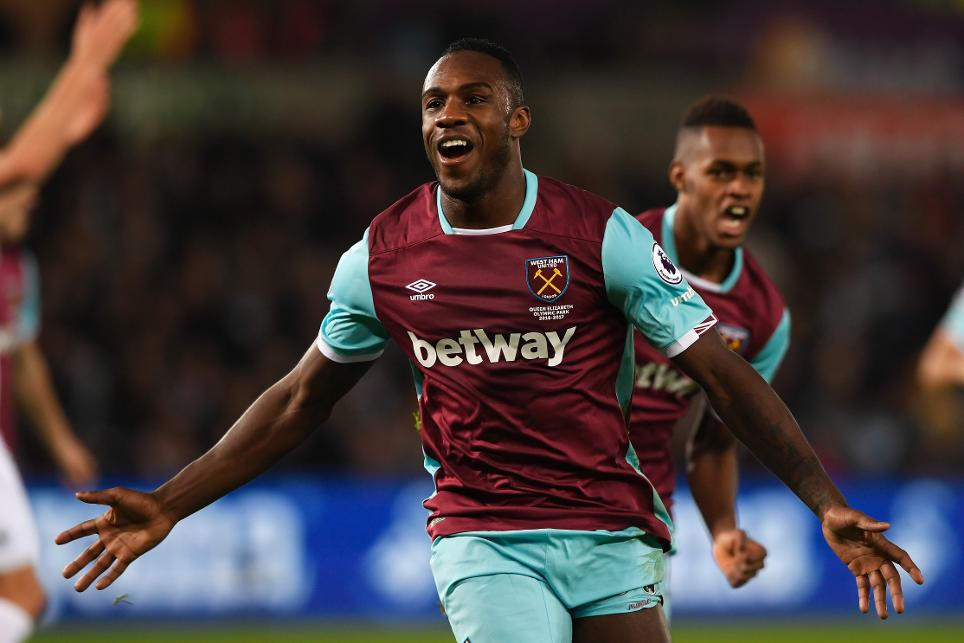 Playing up front and with outstanding home form, West Ham midfielder is poised for FPL points in Gameweek 25 and beyond

Thrust into a role in a West Ham United front two, Michail Antonio can carry a major threat to Gameweek 25 opponents West Bromwich Albion and re-establish himself as a key target for Fantasy Premier League managers.

A recent trio of assists at home to Crystal Palace in Gameweek 21 was typical of his contribution at London Stadium this season.

Antonio's total of three goals and five assists means he has been involved in 66% of his side’s goals on home turf – more than any other FPL midfielder.

Recently shifted up front alongside Andy Carroll (£6.3m), the versatile winger has been somewhat overshadowed by his strike partner, who has scored four goals over the last six Gameweeks.

But despite failing to find the net during that spell, Antonio is joint-top with Carroll for the Hammers when it comes to total attempts (14) across that period, and is only narrowly beaten for efforts inside the opposition box by 11 to nine – a tally bettered by only five FPL midfielders.

In terms of accuracy, Antonio has also matched Carroll’s four shots on target, highlighting his eye for goal at a time when the target man’s fitness remains a concern following his precautionary early withdrawal in the win at Southampton.

That is level with Manuel Lanzini (£6.3m) and bettered only by new arrival Robert Snodgrass (£5.8m), who has supplied a total of 15 key passes over that period, with 14 of them for former club Hull City.

Having recorded victories against Crystal Palace, Middlesbrough and Southampton over the last four Gameweeks, West Ham will seek to maintain momentum against a Baggies side who have registered just a single clean sheet on their travels this season.

Found in more than 533,000 squads (12%), FPL managers can also look to Antonio as a means of navigating a tricky schedule of fixtures: West Ham are currently one of only six sides certain to feature in both Gameweeks 26 and 28.

With five of the Hammers' next six opponents scoring two in the Fixture Difficulty Rankings (FDR), Antonio has the platform to flourish and revive his reputation as a go-to midfield option.