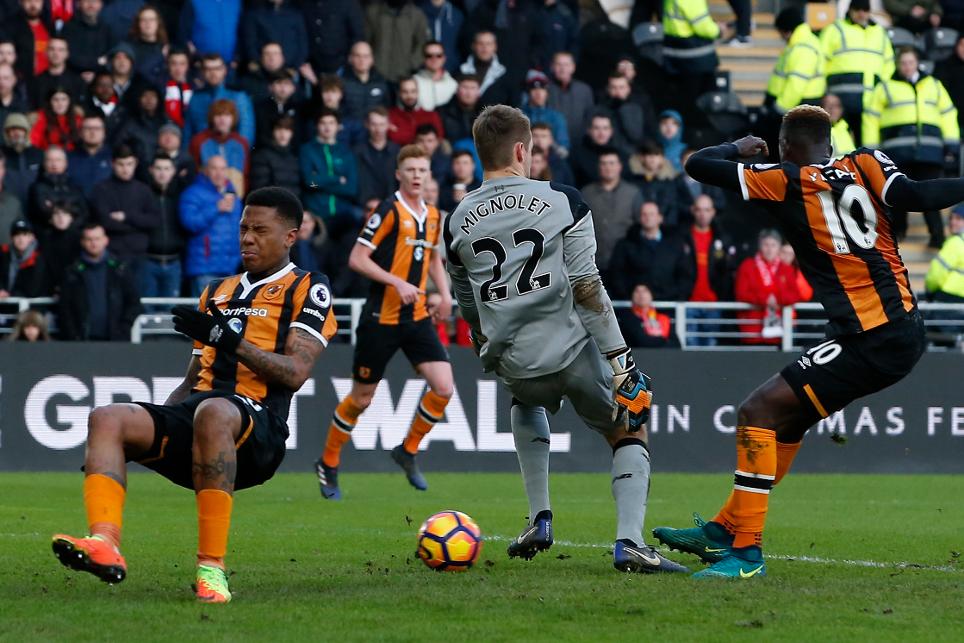 Hull City boosted their prospects of staying up with a 2-0 victory over Liverpool at the KCOM Stadium.

After an early scare when Roberto Firmino was denied by the outstanding Eldin Jakupovic, Hull led on the stroke of half-time through Alfred N'Diaye, who poked the ball in after Simon Mignolet failed to deal with a header.

In a frenetic second half Philippe Coutinho blazed wide from six yards while Abel Hernandez passed up two chances to double Hull’s lead.

But Hull secured the points when, with Liverpool pouring forward, Oumar Niasse powered through on the counter to slide the ball under Mignolet.

Hull move within a point of safety, while Liverpool are without a league win in five matches and could drop out of the top four this weekend.