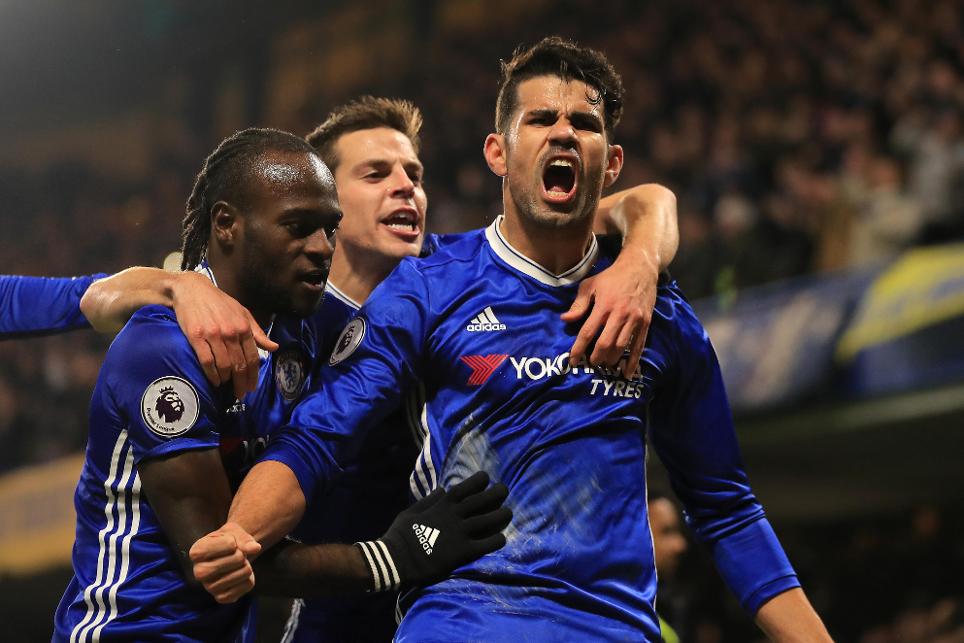 Disappointed With The Result, But Positives To Take - Maguire External Link

The centre-back also produced three recoveries, helping the Premier League leaders to a 12th clean sheet in the last 16 Gameweeks.

The right wing-back completed 85% of 55 attempted passes, two of which led to goalscoring opportunities for the home side, with one earning an assist for Diego Costa’s (£10.3m) opener.

In an energetic display down the flank, Moses also recorded five recoveries and two successful tackles.

Cesar Azpilicueta (£6.6m) received a single bonus point, having tallied 29 in the BPS.

The Spaniard registered nine recoveries and a successful tackle, in addition to completing 83% of 66 attempted passes.

But Costa failed to earn bonus points. Despite scoring the hosts’ first goal, his BPS tally suffered as he was tackled on seven occasions.

Another Gameweek, another @diegocosta goal...

Hands up if he saved your #FPL weekend! 🙌 pic.twitter.com/TvEb8OCNYY

Costa did, though, top the ICT Index on his return to the Chelsea starting XI with a tally of 13.2.

The Blues forward registered a Threat score of 80, having fired six attempts on goal, with three arriving from inside the Tigers' penalty area. He also registered nine touches inside the opposition box.

Hull City defender Harry Maguire (£4.4m) nudged Cahill into third place by a score of 8.8 to 7.9 in the Index.

Aside from Costa, Maguire was the only player to manage more than one attempt on goal at Stamford Bridge – he produced four efforts, with two hitting the target.

After scoring his 15th goal of the season, Costa has earned more new FPL owners than any other forward ahead of Gameweek 23, finding his way into another 44,000 squads.

His extraordinary consistency has produced attacking points in 16 of 20 Premier League appearances under Antonio Conte, with an average of 6.5 points per match joint-top for forwards along with Tottenham Hotspur’s Harry Kane (£11.1m).

While interest in Costa escalates, Eden Hazard (£10.3m) has been sold from 45,000 squads after failing to score for the fourth successive Gameweek.

Having found the net seven times in the opening 11 fixtures, the Belgian has since scored only twice ahead of a Gameweek 23 trip to Liverpool.

At the back, Cahill’s third goal of the season lifted him into first place in the FPL defender standings, with Azpilicueta and team-mate Marcos Alonso (£6.6m) sitting joint-second.

Meanwhile, Hull head coach Marco Silva will be waiting on the fitness of Robert Snodgrass (£5.8m), who missed Sunday’s match due to a muscle problem.

Owned by 10.5% of FPL managers, Snodgrass has produced a goal or assist in each of his previous three appearances.

At the back, Maguire’s goal threat continues to impress.

Since establishing himself as a regular from Gameweek 15 onwards, he has produced 16 attempts on goal and nine efforts inside the penalty area – more than any other FPL defender on both counts.