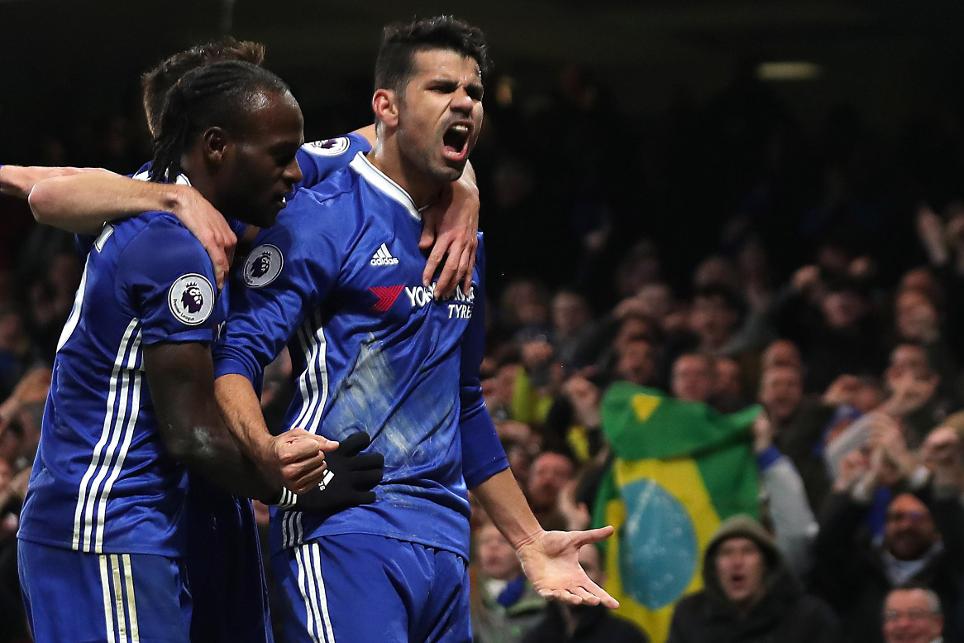 Goals in each half gave Chelsea a hard-fought victory over Hull City that extends their lead at the top of the Premier League.

Returning striker Diego Costa, who missed last week's win at Leicester City through injury, opened the scoring in first-half stoppage time when he fired home from a Victor Moses cross.

The home side did not have it all their own way, however, with Chelsea goalkeeper Thibaut Courtois having to save well from Harry Maguire, David Meyler and Oumar Niasse.

Despite an encouraging display, Hull are now second bottom and two points from safety.