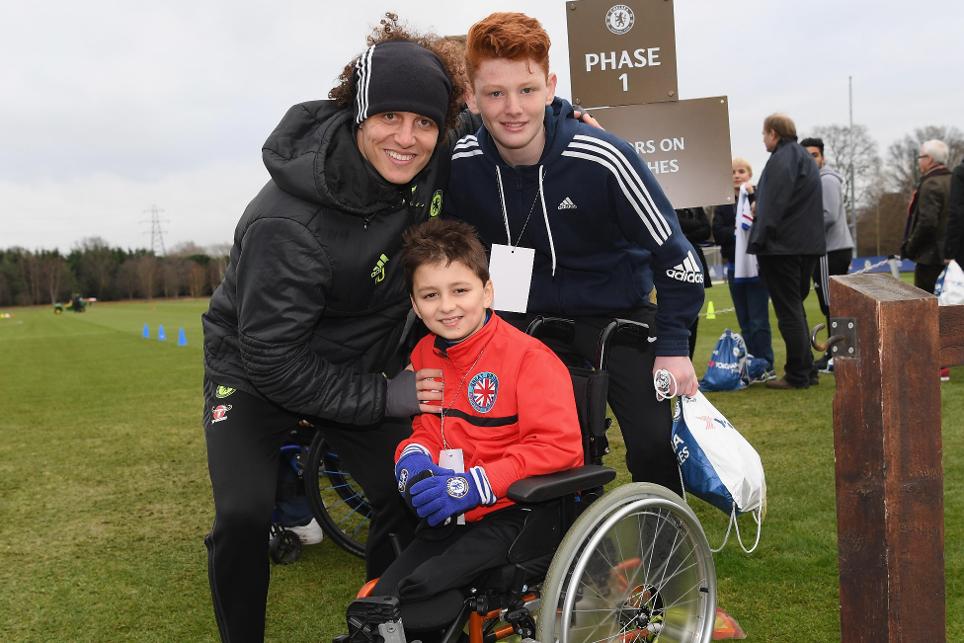 David Luiz was reunited with an "inspirational" youngster this week when Chelsea hosted their Community Day at the Cobham Training Ground.

As well as sending James the shirt he wore in the recent victory over Stoke City, Luiz invited the eight-year-old to watch the first team train as wll as giving him a set of boots.

It was our Community Day at Cobham earlier on, with @DavidLuiz_4 playing host... https://t.co/P9huNP9HrG

"James is a big example for us all and an inspiration," Luiz told www.chelseafc.com. "We met at the hospital and it was an incredible day.

"He asked to meet me and it was a pleasure that we could make it happen and it changed my life. I am delighted to see him doing so well."

Chelsea's Community Days take place throughout the season, with the Chelsea Foundation linking up with charities and individuals to arrange visits for seriously or terminally ill supporters and their carers.