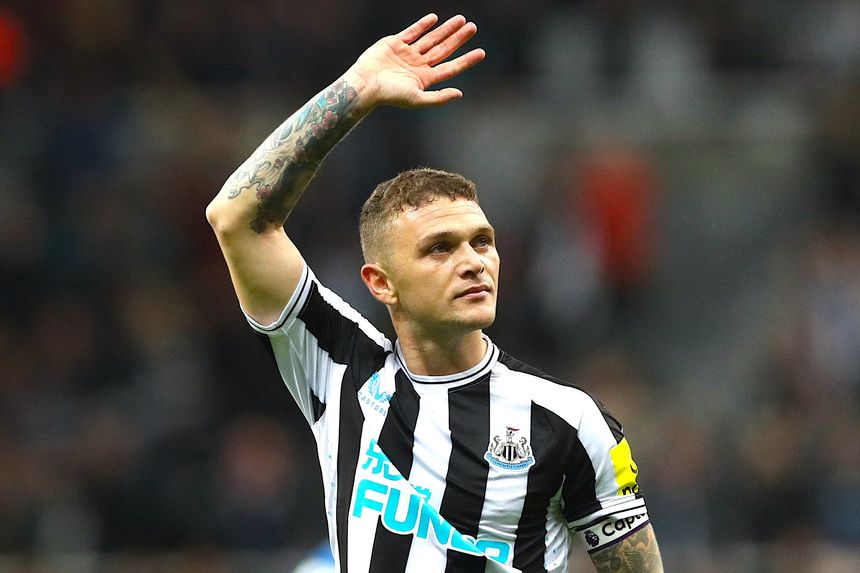 FPL team of the season so far
Off The Bench: World Cup review so far
FPL and FIFA World Cup: All you need to know about free transfers

Kieran Trippier (£5.9m) has dominated the defender standings thanks to his many routes to Fantasy points.

The Newcastle United right-back's totals of five attacking returns and nine clean sheets are both more than any other player in his position in Fantasy.

He has amassed 96 points, establishing a 22-point lead over his nearest rival, Arsenal's William Saliba (£5.3m).

Trippier's style of play is crucial to his prospects in the Bonus Points System (BPS), which determines the bonus points in any given match.

His 34 chances created were more than twice that of any team-mate, while his 29 successful tackles ranked third for the Magpies and placed top among their defenders.

That has helped Trippier collect 17 bonus points, a total bettered only by premium forwards Harry Kane (£11.6m) and Erling Haaland (£12.2m), with 21 and 19 respectively.

Saliba has also thrived thanks to his multiple routes to returns.

He has combined two goals and an assist with seven clean sheets in his breakthrough Fantasy campaign.

The Frenchman's distribution from defence is well-favoured by the BPS, too. His 865 successful passes rank first for Arsenal and third among all defenders this season.

That has helped Saliba earn bonus points on five of the seven occasions he has kept a clean sheet.

Manchester United’s Diogo Dalot (£4.8m) is another major beneficiary of the BPS thanks to his all-round displays.

The Portuguese has been awarded the maximum three bonus points in four of the five matches he has kept a clean sheet.

Indeed, despite producing just one assist in the first 16 Gameweeks, Dalot has picked up 12 bonus points, second only to Trippier in defence.

Man Utd have a very favourable schedule once domestic action resumes, lifting the appeal of investing in Dalot during the unlimited free transfers period.

According to the Fixture Difficulty Ratings (FDR), seven of their next nine matches score only two.