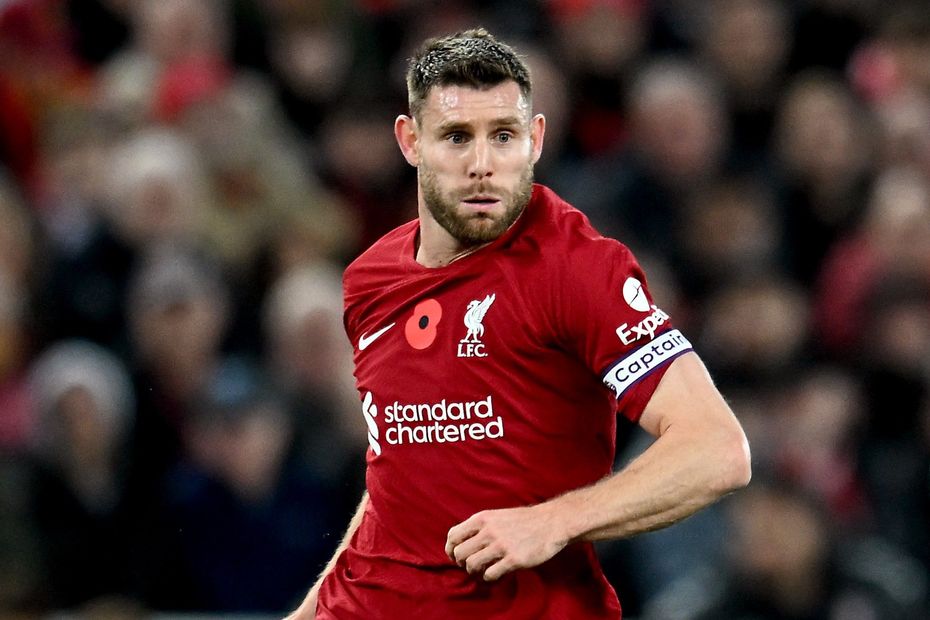 Milner on 600th PL game, Nunez goals and consistency External Link
On this day - 4 Jun 2015: Milner joins Liverpool
Given: Milner had Foden in his pocket

James Milner has become only the fourth player in Premier League history to reach 600 appearances in the competition.

Milner came off the bench in Liverpool's 3-1 win over Southampton and joins Gareth Barry (653 appearances), Ryan Giggs (632) and Frank Lampard (609) in reaching the milestone.

600 #PL appearances is a remarkable achievement that's a testament to your ability, consistency and determination pic.twitter.com/rdXI40ixyK

“It’s a lot of games and a long time,” Milner told the club's official website after the match. “You need a lot of luck.

"I’ve been very fortunate to play with a lot of very good players and managed to learn off those and the managers. It’s great to be still playing and hopefully contributing as much as I can at a club like Liverpool."

Just 46 days later, he scored in his fifth match to set Leeds on their way to a 2-1 victory at Sunderland on Boxing Day. This made Milner the youngest scorer in the competition's history at 16 years and 356 days until James Vaughan took his record in 2005.

He said that having Liverpool's Ben Doak, who celebrated his 17th birthday yesterday, alongside him on the bench against Southampton reminded him of his own long journey.

“Seeing people like Ben Doak come in, and how well he played the other day, it’s pleasing to see that and that brings back a few memories as well," Milner said. "I remember being his age doing that as well."

Since his debut 20 years ago, 3,292 players have gone on to make a Premier League appearance, while Milner has been a model of consistency. He has featured at least 22 times in each of the 19 subsequent seasons.

That summer, Rio Ferdinand had just completed his controversial move from Leeds to Manchester United, while Manchester City had bought Nicolas Anelka from Paris Saint-Germain.

At the time of his debut, Westlife’s “Unbreakable” was No 1 in the UK, while Eminem’s “Lose Yourself” had replaced “Dilemma” (Nelly ft Kelly Rowland) at No 1 on the Billboard Hot 100.

His career has spanned five top-flight clubs - Leeds, Newcastle United, Aston Villa, Man City and Liverpool - scoring for all of them and winning the Premier League title three times, twice with City (2011/12 and 2013/14) and most recently with Liverpool in 2019/20.

From @LUFC to @LFC, this is the story of his incredible career 📖 pic.twitter.com/lnGpR5PBOu

Jurgen Klopp hailed Milner's impact on the Merseyside club. "He is an exceptional player and an exceptional person," the Liverpool manager said. "He is essential for everything we reached in the last few years."

As for whether he will break Barry’s record of 653 Premier League appearances, Milner expressed caution.

"[It''s] is a long way off," he said. "You know me, game by game and I just want to keep working and contributing as much as I can to this football club.”

Milner's 55 goals have been scored across every team. Indeed when he has got on the scoresheet, the 36-year-old has proved a lucky charm. Milner has scored in 54 matches without ever being on the losing side, a competition record.

An unassuming player respected for his resilience, determination and enthusiasm, he also broke Neymar’s record for most assists in a single UEFA Champions League campaign, registering nine during Liverpool’s charge to the final in 2017/18.

On the domestic front, he boasts 87 Premier League assists and sits in ninth place between Steven Gerrard (92) and Manchester United's David Beckham (80).