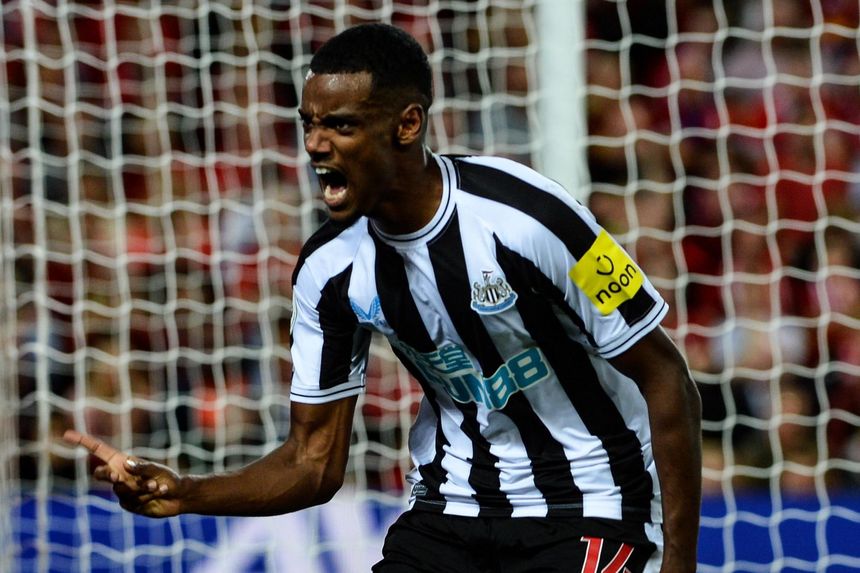 Isak is the second most-bought forward in the reduced Gameweek 8, earning over 64,000 transfers in.

He enjoyed a successful debut in Gameweek 5, scoring against Liverpool and earning seven points.

Indeed, Isak's upcoming schedule suggests he can get more goals.

According to the Fixture Difficulty Ratings (FDR), each of Newcastle’s next three matches score only two.

The Nottingham Forest midfielder can be found in just 0.4 per cent of squads for his home encounter with Fulham.

Gibbs-White supplied an assist and earned five points in his previous match, against AFC Bournemouth in Gameweek 6.

He has created five chances since making his Forest debut in Gameweek 3, placing him second for Steve Cooper’s side.

Everton’s new forward boasted a major goal threat on his debut against Liverpool in Gameweek 6.

Maupay produced six shots and five shots in the box i the derby at Goodison.

Both placed the Frenchman joint-top among all players in the previous round of fixtures.

Everton host a West Ham United side who have managed only one clean sheet this season.

But a visit to Everton can help Bowen get back to his best.

He was a huge success against the Toffees last season, totalling 19 points in their two meetings.

West Ham's subsequent schedule further suggests he could be a major source of returns over the upcoming period.

Five of West Ham’s next six matches score only two in the FDR, starting with their match at Everton on Sunday.