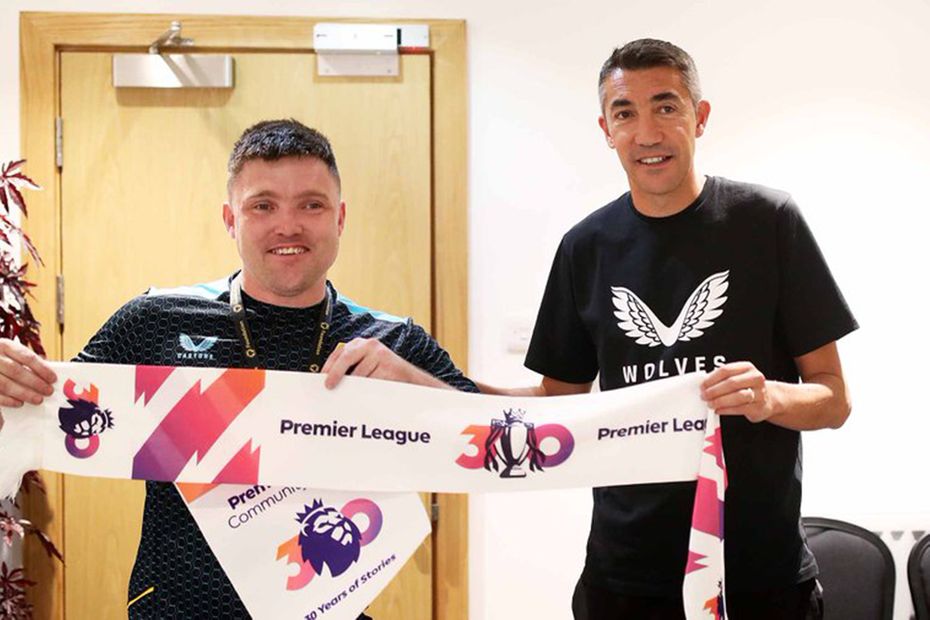 Over the last 16 years, Matt Elcock has gone from a participant to coach with the Wolves Foundation and is now inspiring young people in the local community.

The Community Captain accolade is being given to more than 100 members of the public who have made an outstanding contribution to their club and local community.

"It was a really nice surprise from Bruno and the Premier League," Matt told the club's official website. "I can't really believe it."

"I am part of a great team of people working at the Foundation and we don't do the job for recognition but instead just to try and help young people progress with their lives."

When Elcock joined the Wolves Foundation 16 years ago, he had been bullied at school and was short of confidence.

He started out as a part-time casual coach, delivering community projects including Premier League Kicks and completed his Level 2 and Level 3 qualifications in youth work.

Last year, Matt landed a full-time position and is now at the forefront of the Inclusion & Cohesion team's work across the community.

"Going to those sessions and the support from the coaches encouraged me to take a path into coaching and youth work and the job I am doing now - without them I really don't think it would have happened," he said.

"It's nice for all of us to be able to make a difference and, from my point of view, it is an absolute pleasure to be doing this role on a full-time basis for the charity, which I love."