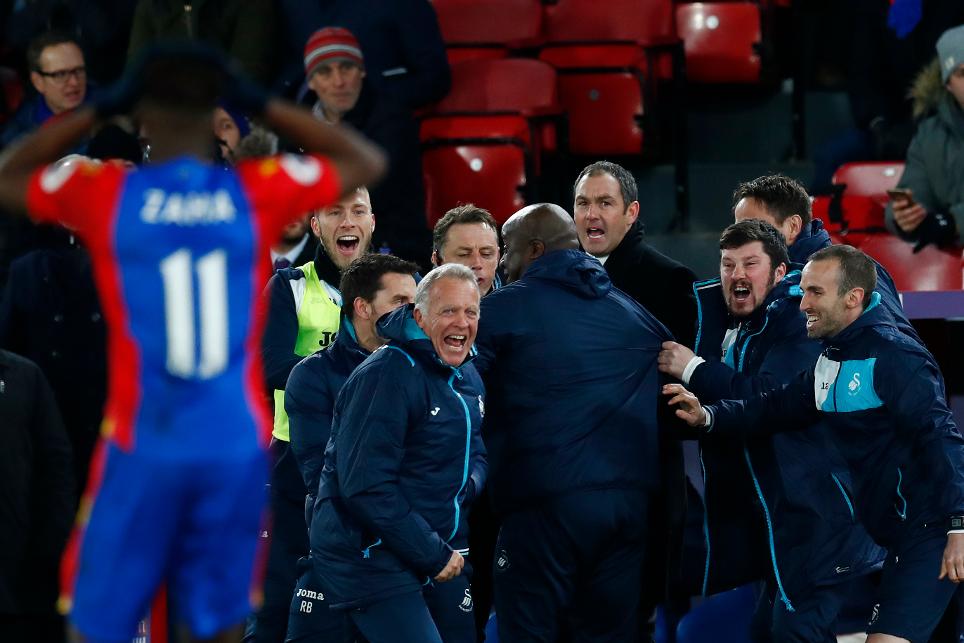 Clement: I'm up for the challenge External Link

Angel Rangel’s first goal since May 2013 lifted Swansea City off the bottom of the table and earned Paul Clement victory on his first day in charge of the Welsh club.

Swansea had dominated the first half at Selhurst Park and deserved their lead at the break thanks to Alfie Mawson’s first goal for the club.

But Sam Allardyce, in his first home match in charge of Crystal Palace, saw his team fight back and thought they had at least claimed a point through Wilfried Zaha’s brilliant volley in the 83rd minute.

But, with two minutes remaining, Leroy Fer's chipped ball over the top allowed Rangel to score the goal that lifted Swansea above Hull City into 19th and within a point of Palace.