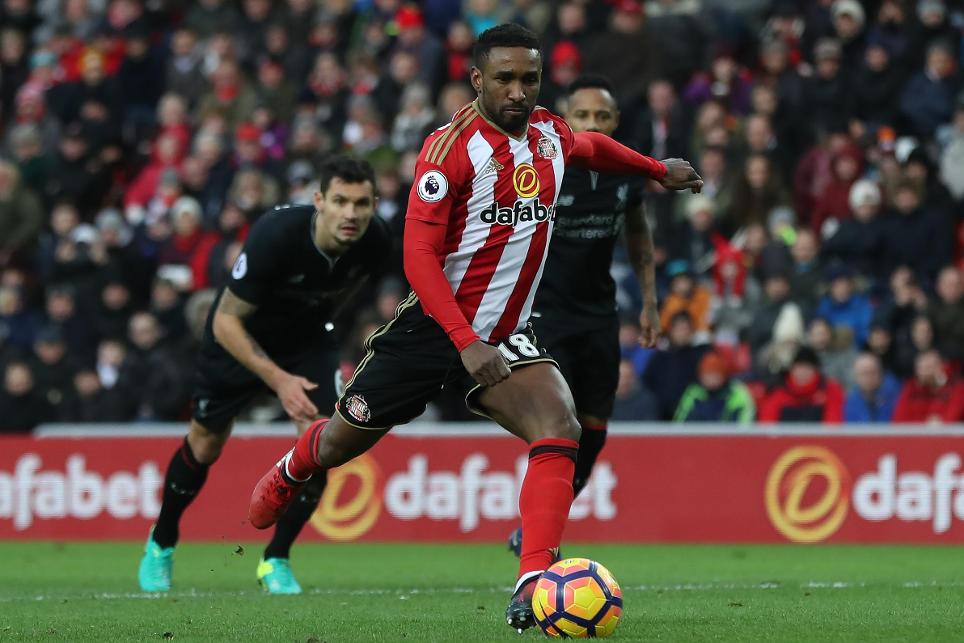 Two penalties from Jermain Defoe (£7.7m) helped Sunderland to a 2-2 draw against Liverpool and the forward to maximum Fantasy Premier League bonus points.

Defoe tallied 54 in the Bonus Points System (BPS), making four recoveries and providing a key pass in addition to his vital goals.

The Italian also made 14 recoveries, helping him to a BPS score of 36.

That total just edged out midfielder Didier Ndong (£4.8m), who scored 35 in the BPS.

Ndong won the first of Sunderland's two penalties to pick up an assist and also benefited from making 11 recoveries, seven tackles and the same number of clearances, blocks and interceptions (CBI).

Defoe topped the ICT Index, totalling a score of 15.7.

That arrived largely by virtue of his Threat tally of 73, having registered five total goal attempts, three of which came from inside the box.

Liverpool's Daniel Sturridge (£9.7m), who scored the opening goal of match, was narrowly edged out by Defoe, tallying 15.5 in the Index.

The forward registered a Threat score of 96 - the highest on show - due to his six total goal attempts, all of which were on target.

He registered the top Creativity score at the Stadium of Light with 55, having made 24 passes in the final third, creating four opportunities for team-mates.

Defoe's brace took him on to 11 goals for the season, as he moved second to Manchester United's Zlatan Ibrahimovic (£11.6m and 23) for FPL bonus points on 21.

Priced at only £7.7m, he is now placed fifth in the overall standings and is top ranked for points per million value among FPL forwards.

With the Black Cats facing Stoke City, West Bromwich Albion and Crystal Palace in their next four Gameweeks, Defoe has the platform to maintain his free-scoring form.

Sunderland will have to make do without a number of key players over the next few matches, though, with Ndong, Lamine Kone (£4.4m) and Wahbi Khazri (£6.0m) all departing for the Africa Cup of Nations.

Liverpool will also lose a major FPL asset, with Mane now joining up with Senegal at the tournament.

Mane has subsequently earned more transfers out than any other player heading into Gameweek 21, with more than 60,000 FPL managers trading him out.

Liverpool manager Jurgen Klopp will hope to fill the void left by Mane's absence with the return of Philippe Coutinho (£8.2m) from an ankle injury ahead of a Gameweek 21 clash with Manchester United.