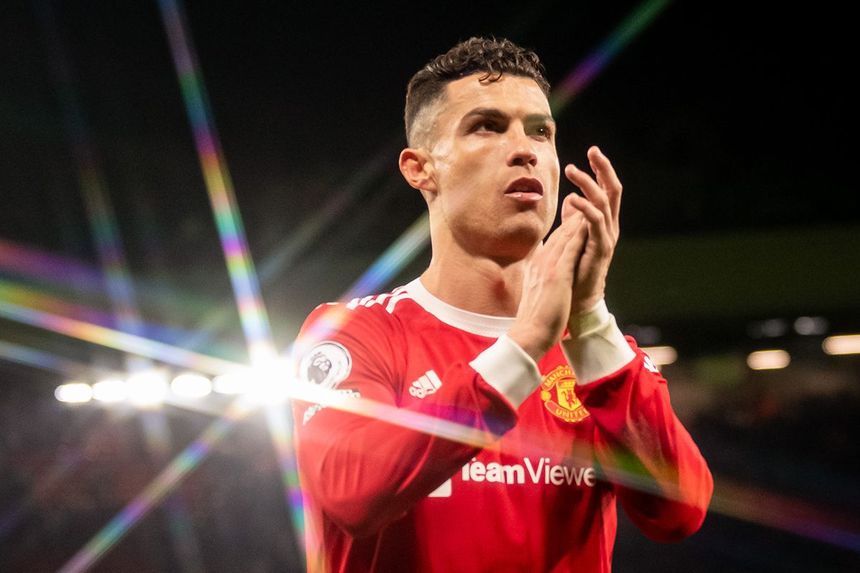 Cristiano Ronaldo scored a fine goal on Thursday night to ensure Manchester United extended their unbeaten run against Chelsea to nine matches but their prospects of UEFA Champions League qualification are fading after their 1-1 draw at Old Trafford.

Chelsea dominated the match but, despite 11 first-half shots, could find no way past an inspired David De Gea.

Marcos Alonso eventually did so on the hour, only for Ronaldo to respond within two minutes with his 17th goal of the season.

Chelsea had a succession of missed chances at Old Trafford, not least Reece James' late strike that hit the post, but cannot now be overtaken by the Red Devils.

It is now up to Arsenal and Tottenham Hotspur to catch the Blues, with the north London rivals six and eight points behind them respectively, with five matches remaining.

Chelsea can move closer to securing a third-place finish on Sunday when they visit Everton, managed by their former midfielder Frank Lampard.

There will be no room for sentiment from Lampard, however, with the Toffees having dropped into the bottom three last weekend after losing the Merseyside derby.

Meanwhile Spurs' quest to finish in the top four resumes on Sunday.

They can edge a point ahead of Arsenal into fourth place with a home win over Leicester City, before the Gunners look to respond at West Ham United later in the day.

The seventh-placed Hammers are not yet completely out of the top-four running themselves, although the best they can hope for this weekend is to move within three points of Antonio Conte's side and five of the Gunners with a win over Arsenal and defeat for Spurs against Leicester.

West Ham will also have played one match more than their rivals for a top-four finish.