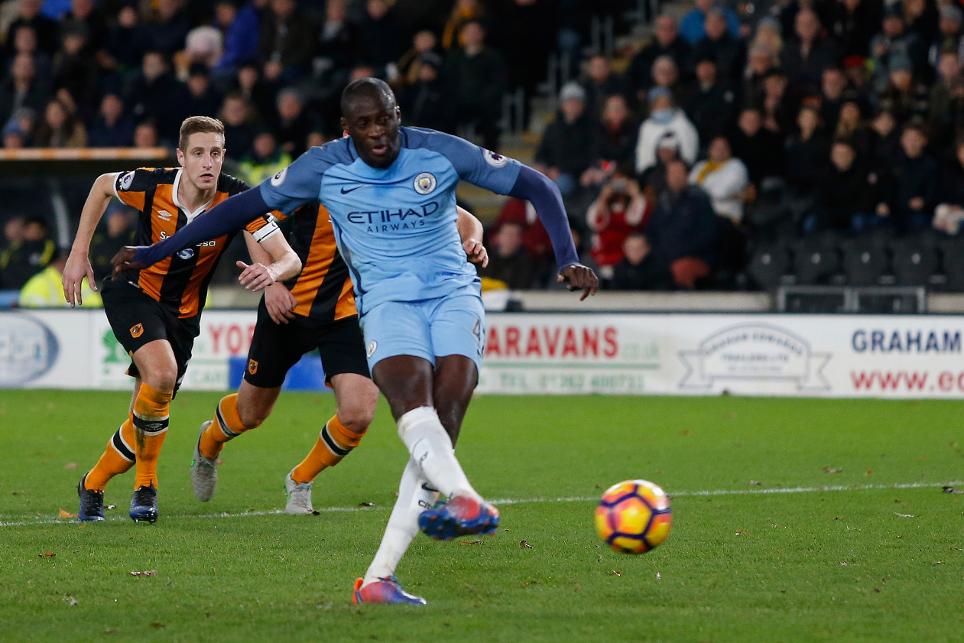 Yaya Toure: My boy told me I would score! External Link

Manchester City moved up to second in the Premier League with a hard-fought 3-0 victory at Hull City, with all goals coming in the last 20 minutes.

.@YayaToure revealed someone knew he would be on the scoresheet tonight... #mcfchttps://t.co/ZhMn6lLEJm

The victory was wrapped up when Curtis Davies diverted Raheem Sterling's shot into his own net in the final moments.

Hull were a match for Man City in the first half and went close to taking the lead on 58 minutes when Michael Dawson’s looping header was cleared off the line by Bacary Sagna, but the defeat means they remain bottom of the table.