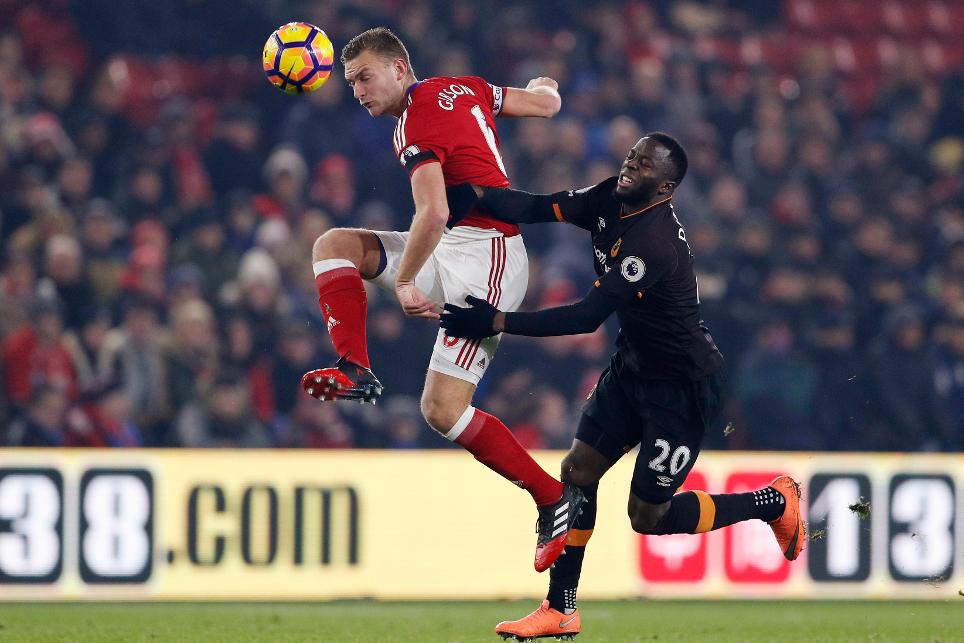 A 3-0 home win over Swansea City has boosted Middlesbrough’s Fantasy Premier League prospects ahead of a favourable schedule that eases them into 2017.

According to the Fixture Difficulty Rankings, eight of Boro's next 10 Premier League fixtures score no more than two.

Only a New Year's Eve visit to Manchester United and Gameweek 24 trip to Tottenham Hotspur are regarded as testing match-ups by the FDR.

Having scored twice against Swansea last weekend, Alvaro Negredo (£6.3m) has been Boro’s main FPL target. The Spaniard is second only to Manchester United’s Zlatan Ibrahimovic (£11.4m) for transfers in for Gameweek 18.

With five goals and three assists, Negredo has played a part in eight of the 15 goals scored when he has been on the pitch, and is their most popular FPL asset, with 14.3% ownership.

In midfield, Gaston Ramirez (£5.3m) has two goals, a pair of assists and six bonus points in his last five Gameweek outings.

But there are concerns over Ramirez's fitness. The 0.8%-owned Uruguayan has missed three of his side’s last seven league encounters and was subbed off at the weekend with a knee problem.

Martin de Roon (£4.3m) has netted twice in seven Gameweeks and is one of the cheapest starting midfield options around.

For those eyeing up the Boro attack, it is worth bearing in mind they have struggled to find the net. Only Sunderland (15) and Hull City (14) have scored fewer.

Instead, FPL managers could divert their attentions to a resilient back four who have conceded just 19 goals. Only four sides boast a stronger defensive record.

Ben Gibson (£4.8m) and Antonio Barragan (£4.6m) are the only two ever-presents in a defence with five clean sheets.

The club’s top performer for clearances, blocks and interceptions (CBIs), a key factor for bonus points, is Gibson, who has chipped in with a goal and nine bonus points.

In terms of points per million, he is second only to Chelsea’s Cesar Azpilicueta (£6.5m) for value in defence.

Although Victor Valdes (£4.5m) is a secure option in goal, he has returned at least one save point on only five occasions.

However, the fit-again George Friend (£4.4m) is worth monitoring after stepping up his recovery from a knee problem with an appearance off the bench against Swansea City.

A pair of assists and five bonus points indicates Friend could prove excellent value, provided that he can eventually reclaim the left-back berth from an in-form Fabio da Silva (£4.4m).