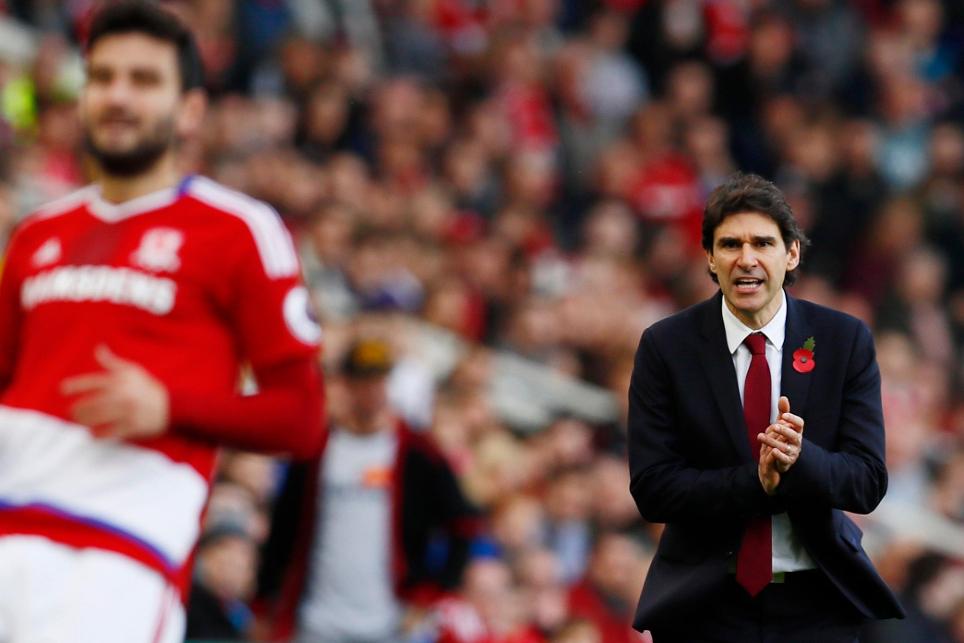 Aitor Karanka is adamant that Middlesbrough will not sit back and play for a draw against an in-form Manchester United side on Saturday.

Boro travel to Old Trafford having won only one of nine away matches this season, while United have lost only once at home and are unbeaten in their last nine Premier League outings.

But Middlesbrough won at Man Utd on penalties last season in the EFL Cup and, like that match, Karanka will send his team out on New Year's Eve as though a draw is not a possibility.

WATCH | Take a look back at what happened the last time we met @ManUtd!
Highlights here - https://t.co/dlxQFOi0z1 #UTB pic.twitter.com/qiBgsucMQu

"We did very well at Old Trafford last season, and it's another amazing opportunity for us," he told mfc.co.uk.

"I never go to a game aiming for a draw. We will go to Old Trafford preparing and trying to win."

We've got team news, key stats and more in our #MUFC v Middlesbrough preview - check it out: https://t.co/waczDbHJU7 pic.twitter.com/vN8Ef6tVJx