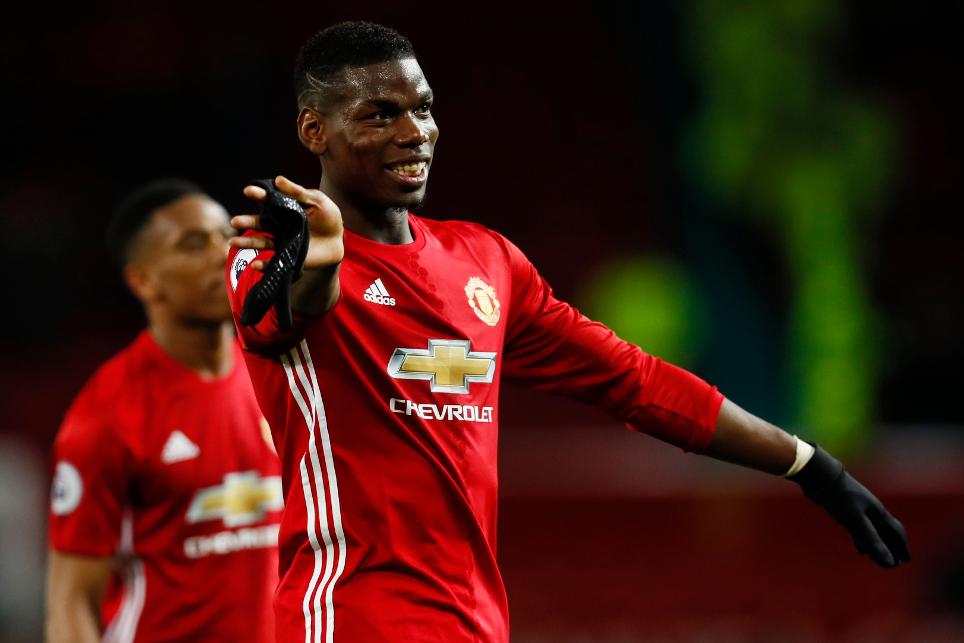 Before a rollercoaster finale at Old Trafford, Zlatan Ibrahimovic had a goal disallowed and Middlesbrough took the lead when Alvaro Negredo teed up Grant Leadbitter.

Boro goalkeeper Victor Valdes then saved from Ibrahimovic, substitute Marcus Rashford and Anthony Martial on his return to his former club as Jose Mourinho's side piled on the pressure.

The visitors looked like they would hang on for only a second away victory of the season but Martial equalised and Pogba’s header flew into the top corner a minute later for United's fifth consecutive PL win.