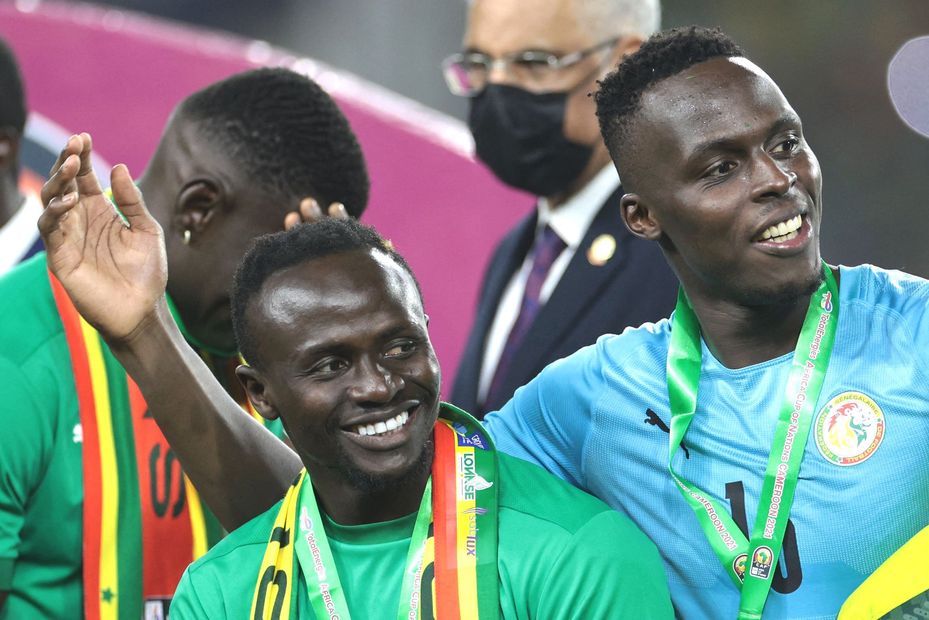 Sadio Mane scored the decisive spot-kick and Edouard Mendy made a crucial save as Senegal beat Egypt 4-2 on penalties to clinch their first-ever Africa Cup of Nations.

The Chelsea goalkeeper saved Mohanad Lasheen's penalty to put Senegal in control of the shootout before Mane found the bottom-left corner to seal a famous victory.

Mane redeemed himself after having a seventh-minute penalty saved by Egypt goalkeeper Gabaski in a contest where chances were at a premium, with Mohamed Salah twice being denied by Mendy as it finished goalless following extra-time.

Arsenal's Mohamed Elneny played all 120 minutes for Egypt while Aston Villa winger Trezeguet came on as a second-half substitute.

Salah and Mane could return to Premier League action on Thursday when Liverpool host Leicester.

In the third-place playoff, Aston Villa winger Bertrand Traore provided an assist but ended up on the losing team as Burkina Faso were beaten 5-3 on penalties by hosts Cameroon following a 3-3 draw after extra-time.

PL players who featured at AFCON