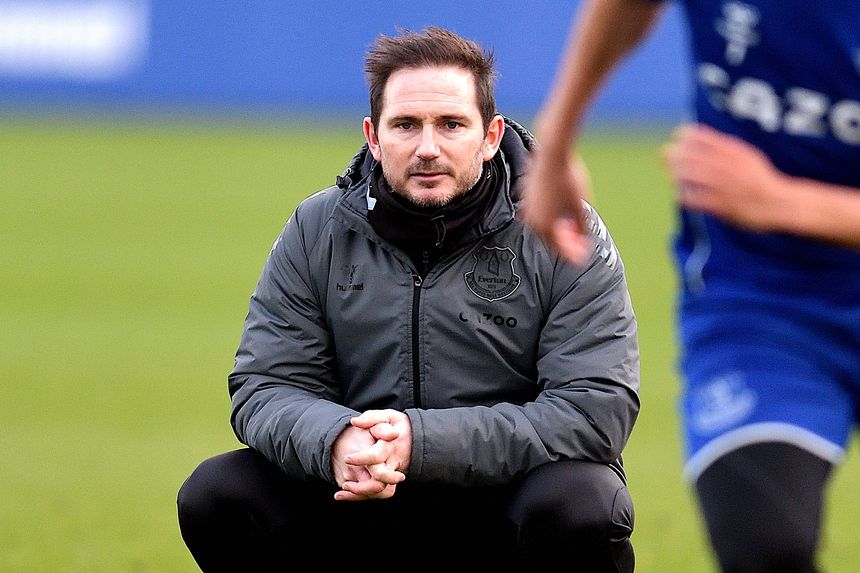 Frank Lampard has only just arrived at Everton but he must already prepare his team for two key matches in their fight against relegation.

Lampard has taken over a team lying just four points above the drop zone, and his first fixtures are against close rivals in the table.

His debut in the dugout will come next Tuesday against Newcastle United, who are in the bottom three but building momentum.

Under Eddie Howe, the Magpies have picked up five points from their last three matches, beating Leeds United in their most recent outing, and they have since bolstered their squad with the signings of Bruno Guimaraes, Matt Targett and Dan Burn.

It will be Everton's turn to face Leeds on Saturday 12 February, in Lampard's first home match in charge.

Marcelo Bielsa’s side are currently three points better off than Everton, and if the reverse fixture is anything to go by it will be a close affair at Goodison Park. August's meeting ended 2-2 at Elland Road.

A trip to the south coast to face Southampton on 19 February will provide another opportunity to close the gap to a team who are currently close to Everton in the table, sitting six points ahead.

A reunion awaits the 43-year-old at the end of February when one of his former clubs, league leaders Manchester City, come to visit.

And his Everton team then have back-to-back matches against sides hunting European qualification, travelling to Tottenham Hotspur before hosting Wolverhampton Wanderers.

The last time Lampard took over a Premier League team, at Chelsea in 2019/20, he started with two wins, two draws and two defeats from his first six matches.

He will be seeking to at least repeat those results, and ideally take more than those eight points from this initial group of matches, to kickstart Everton's campaign and guide them to mid-table security.

Battle at the bottom