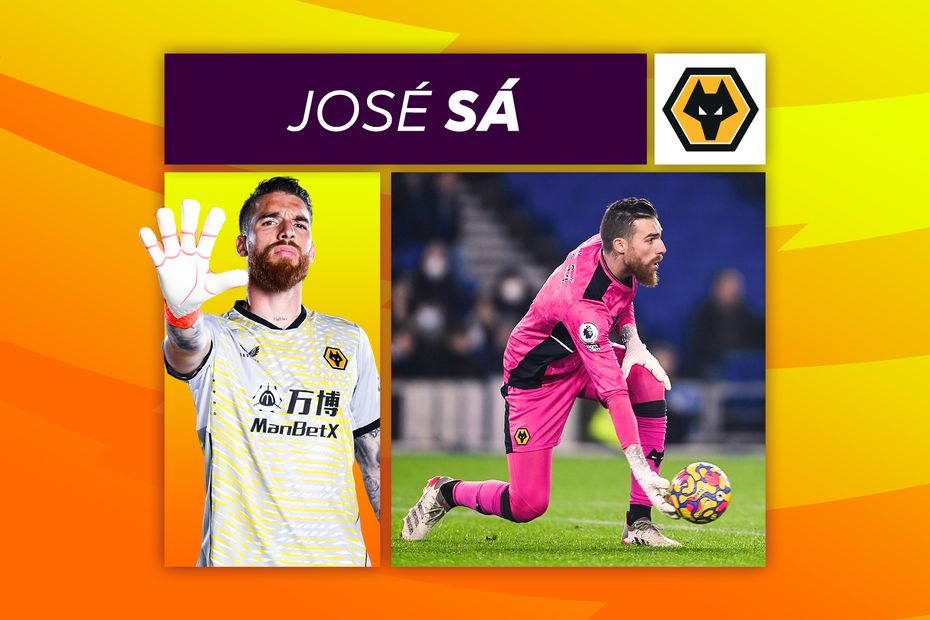 Two of the best-performing Premier League goalkeepers of the season will go head-to-head at Old Trafford on Monday.

While David De Gea is known for his stunning saves, having spent over a decade at Manchester United, Wolves’ No 1 Jose Sa has flown under the radar outside Molineux.

Sa is both a dominant presence inside his box and terrific at coming out of his area to sweep up behind his defence.

But it is his outstanding shot-stopping ability that stands out.

The Portuguese has been a revelation between the posts for Bruno Lage’s side, repelling strikers brilliantly in his debut Premier League campaign.

He underlined his importance with a key save in his last match as he kept a clean sheet in a goalless draw with European champions Chelsea.

Sa boasts the best save percentage of any first-team regular, but what is most impressive is how he reacts to shots from close range.

Thanks to his sharp reflexes, his 78.2 per cent save percentage from shots inside the box is by some distance the most impressive, ahead of the latest round of matches.

He makes the difficult saves more consistently than anyone else.

Sa is also in the top two for preventing Expected Goals (xG), according to Opta, keeping out an additional 4.5 goals that Wolves should have conceded.

De Gea's own importance to Man Utd is underlined by the fact the Spaniard ranks fourth in the same metric.

Sa has made an assortment of different types of saves but, as reflected in the graphic below, he is especially strong at getting down quickly to make low stops.

Many of his most eye-catching saves have also been from sharp dives to his right.

When you consider Sa has also made the fourth-most catches (20) and is level with Alisson's total of 14 for the highest number of 'keeper sweepings, it is clear Lage signed an accomplished all-round player.

Wolves and Man Utd both have No 1 goalkeepers who are right on top of their game at the moment.