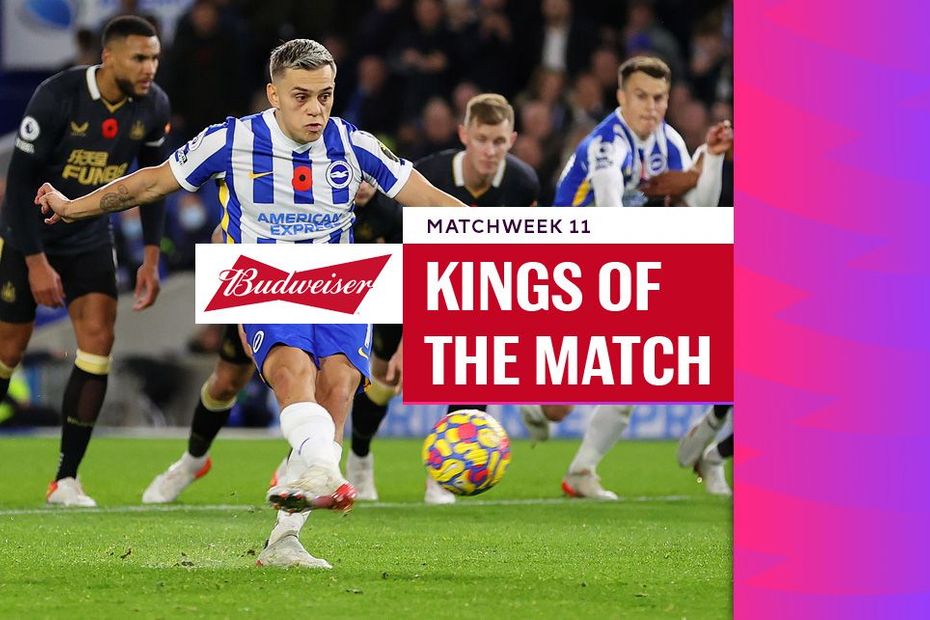 After the final whistles in Matchweek 11 of 2021/22, thousands of supporters voted to crown their Budweiser Kings of the Match.

The Southampton defender helped his side to a clean sheet in their win over Aston Villa which stretched Saints' unbeaten run to four matches.

It was a productive day for the Manchester City defender, who was involved in both goals in a 2-0 win at Old Trafford. He was rewarded with 59.3 per cent of the vote.

Norwich City's Norway international scored his first Premier League goal with the opener in their first victory of the season.

Another assist for the defender, who crossed for Kai Havertz's header as Chelsea and Burnley shared the spoils.

The Crystal Palace midfielder scored his side's second goal at Selhurst Park as the Eagles extended their unbeaten run to six matches.

The 26-year-old followed up his equaliser at Liverpool the previous week by winning a penalty and then converting the spot-kick for his third goal of the season.

Scored his third goal in as many matches to finish the overwhelming winner with just under three-quarters of the total vote.

Playing in a revamped three-man defence, the Argentinian helped Tottenham Hotspur to a first clean sheet in eight league matches.

Netted with a free-kick and proved a constant threat to earn 59.1 per cent of the vote.

A goal and an assist for the Liverpool right-back helped him to more than double the number of votes received by second-placed Pablo Fornals.