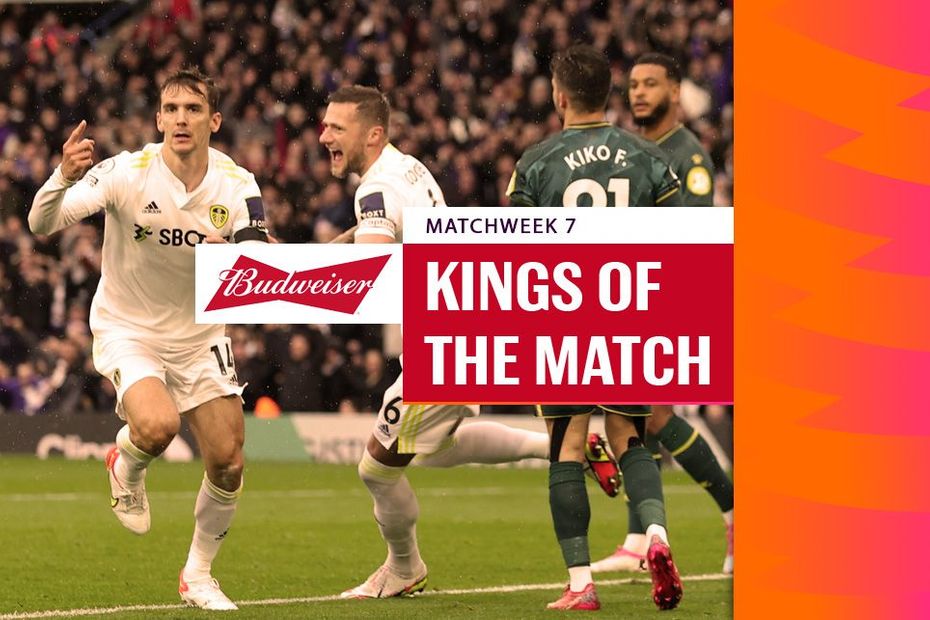 See which players have earned the backing of supporters, including Leeds United's Diego Llorente

After the final whistles in Matchweek 7 of 2021/22, thousands of supporters voted to crown their Budweiser Kings of the Match.

See who came out on top in the weekend matches and click on the matches below to find out how the voting went.

The Everton winger's third goal in four matches helped his side come from behind to claim a point at Old Trafford.

Burnley goalkeeper Pope took the majority of the vote after keeping his first clean sheet of the season.

A first Premier League goal of the season for the German won him the support of 54 per cent of the vote.

The Leeds United centre-back returned from injury to score the winner and earn his team a first clean sheet of the campaign.

Another impressive display from the South Korean, who netted twice to edge out team-mate Raul Jimenez in the vote.

Another week, another goal as the Leicester City striker netted his fourth goal in three matches at Selhurst Park.

Taking nearly two-thirds of the vote, the Tottenham Hotspur forward created his team's opening goal in their win over Aston Villa.

Brentford's excellent start in the Premier League continued and it was the Frenchman who scored his second goal this term to put them ahead at London Stadium.

The Egyptian was at his brilliant best against Manchester City, creating Liverpool's first before going on to score a superb solo goal as his side maintained their unbeaten start.