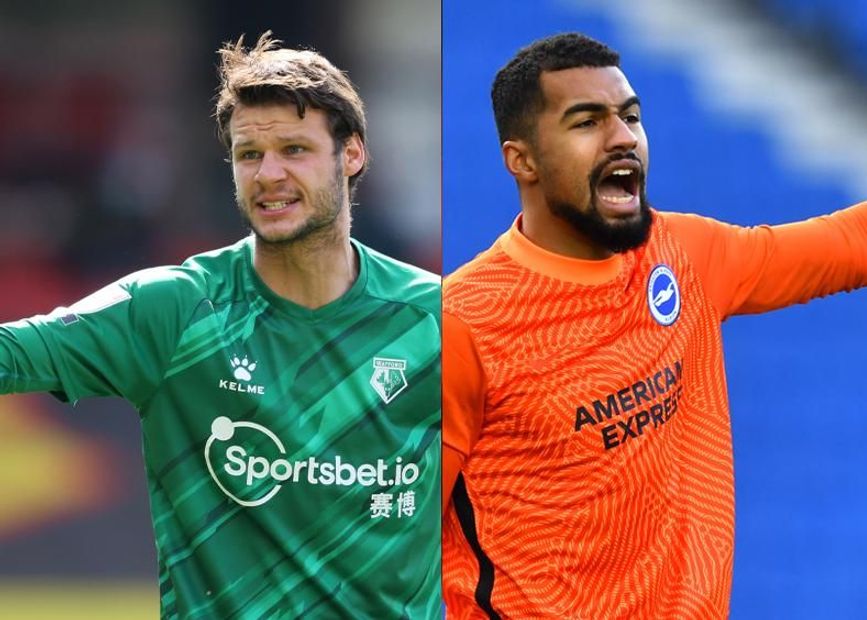 FPL experts' must-have players for 2021/22
FPL experts on how Sancho will perform this season
FPL basics: What is FPL?

What the experts say - Goalkeepers

I really like the idea of the double Watford goalkeeper pick. Daniel Bachmann (£4.5m) and Ben Foster (£4.0m) combined will cost £8.5m and you are certain of having a starter every week.

Brighton's defence posted great underlying numbers last season so if Sanchez had started from Gameweek 1, he would probably be priced at £5.0m.

But Watford had the best defensive record in the Championship so Bachmann must also be considered. I suspect Dean Henderson (£5.0m) is likely to be the starter for Manchester United so he is also worth a look at that price.

I'm growing to like Bachmann as the best pick, given the previously successful blend of price, playing in a defensive team, save points and potential for bonus points. Henderson could also be great for slightly more if he is confirmed as Man Utd's No 1.

Brighton's defensive numbers were excellent but Sanchez managed three or more saves in only 33 per cent of his appearances. So I wonder whether Watford's Bachmann is the better option with a higher chance of save points.

I believe in Graham Potter and his ability to organise a strong defence which, along with excellent per-minute numbers last season, makes Sanchez my best value pick.

I only ever spend £4.5m on a set-and-forget goalkeeper. Sanchez looks the most tempting of the options.

Brighton were within the top three defences during the second half of last season, so hopefully they can pick up where they left off. The other candidate is Bachmann. Watford impressed defensively in the Championship and he has the ability to rack up save points.

It's between Sanchez and Meslier. Brighton were the third-best defence in terms of expected goals conceded last season, while Meslier was second for saves and Leeds tightened up considerably. The £0.5m saving means I'm leaning to Sanchez for now.