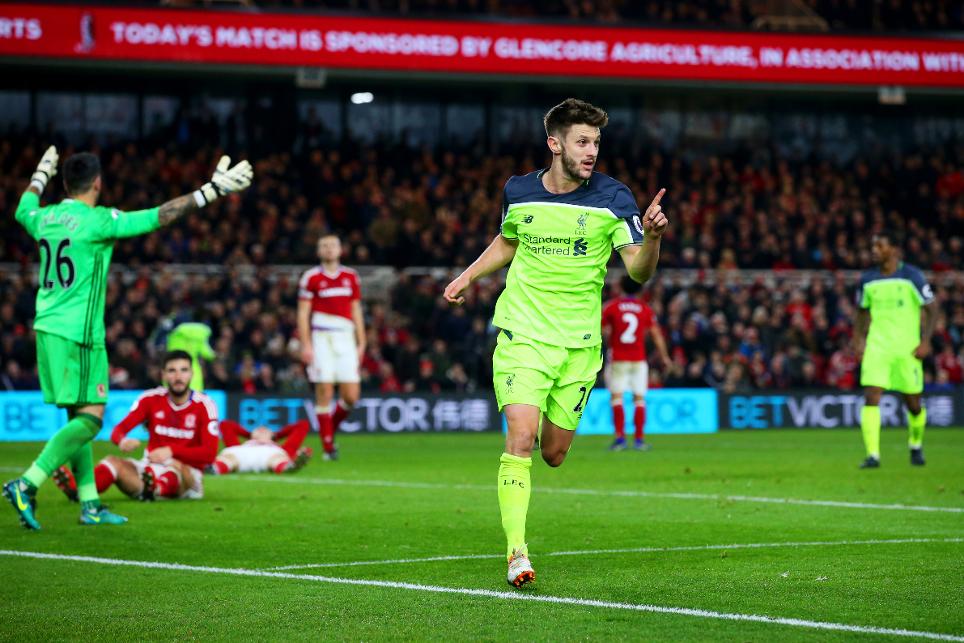 Divock Origi on five goals in five games: 'I do my best' External Link

Adam Lallana was involved in all three goals as Liverpool earned a 3-0 victory at Middlesbrough.

The midfielder opened the scoring with a towering header after Nathaniel Clyne’s superb cross, before turning provider for Divock Origi to score for the fifth consecutive match on the hour mark.

And Origi returned the favour eight minutes later as he centred for Lallana, who slotted in from close range.

REPORT | #Boro undone by @LFC at the Riverside - https://t.co/mbAueRYTHG pic.twitter.com/ii5h7fTHc2

The result moves Liverpool up to second in the Premier League, six points behind Chelsea after their 1-0 win at Sunderland.