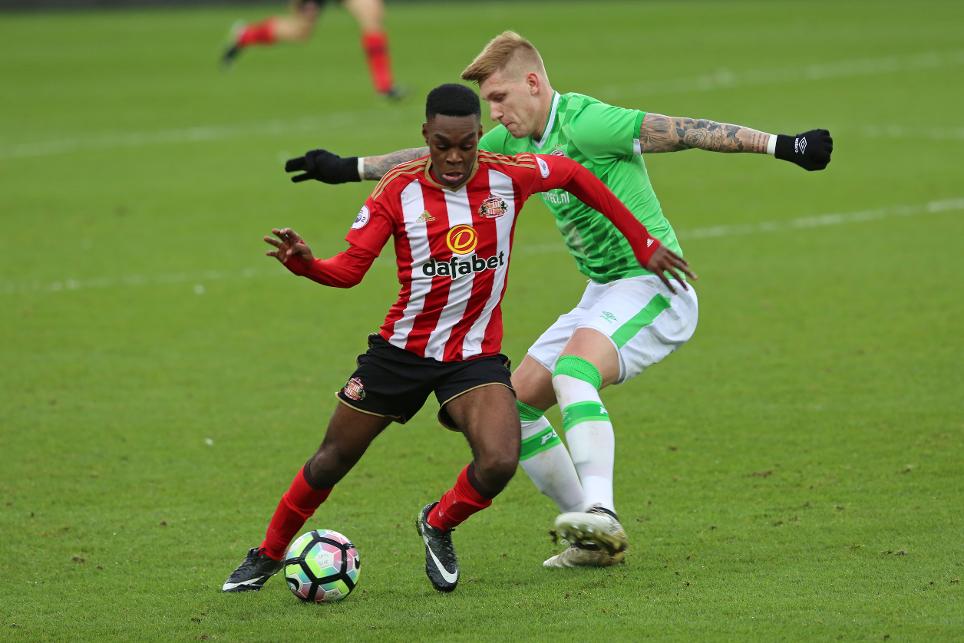 Joel Asoro set up one goal and scored another as Sunderland beat PSV Eindhoven 2-0 at the Stadium of Light in the Premier League International Cup.

The victory sends Sunderland top of Group A with two wins from two matches. PSV have yet to earn a point from their two matches.

Benfica and Derby County each have three points from two matches.

📹 Watch as @joelasoro1 scores #SAFC's second against @PSV and celebrates in style! 🤸 pic.twitter.com/fWQ6grCu8e

“I’m very proud of the players because they worked really, really hard when we didn’t have the ball,” said coach Andy Welsh. “PSV are a very good technical outfit which we knew they would be.

"Overall it was a fantastic performance."