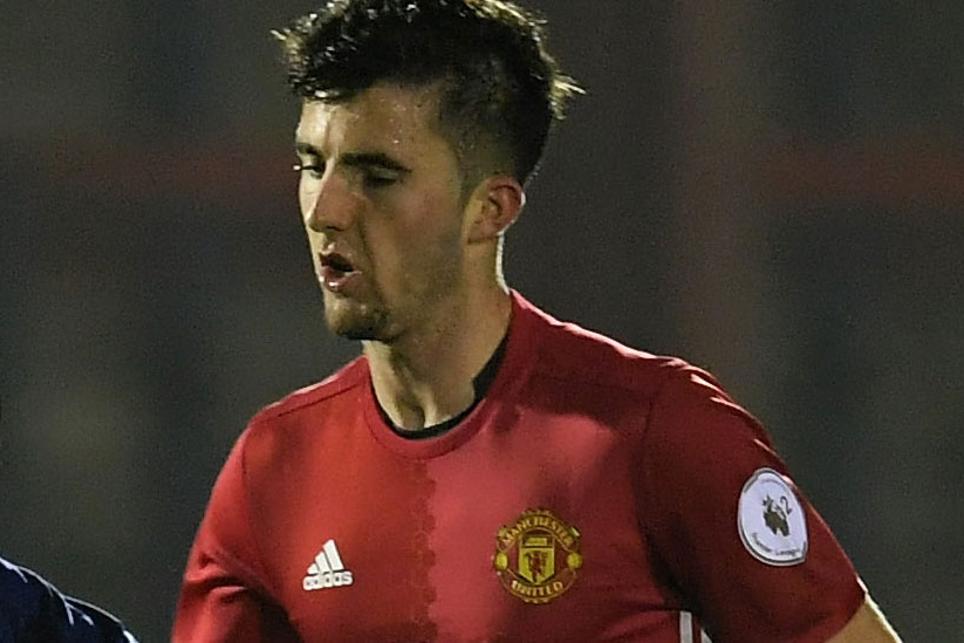 Manchester United qualified for the knockout stages of the Premier League International Cup with a 2-2 draw against Middlesbrough at Leigh Sports Village.

The teams went into the final group B match level on six points with Boro needing to win to overtake United to go through to the quarter-finals as one of six group winners.

Josh Harrop had a first-half penalty saved by Boro's Ashley Pears, but Demetri Mitchell put United ahead early in the second half.

Carlos de Pena quickly levelled, only for Sean Goss, picture above, to restore United's lead with another penalty.

A second for de Pena meant the spoils were shared.

Read our full report as Demi Mitchell and Sean Goss scored for the Reds: https://t.co/5wdMfVrwde pic.twitter.com/j9ic9q4jIv

Middlesbrough must wait to se if they will be one of the two best-placed runners-up to progress.