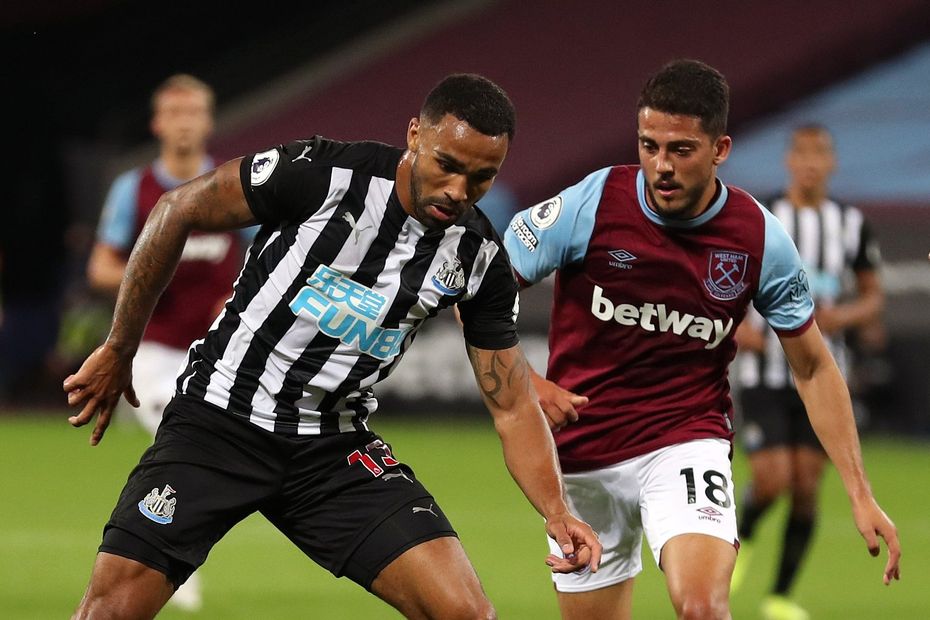 Saint-Maximin and Wilson both fit for Hammers clash External Link

Newcastle United's Callum Wilson and Allan Saint-Maximin are both available for the visit of West Ham United.

Declan Rice (knee) and Michail Antonio (hamstring) remain sidelined for West Ham, but Aaron Cresswell could return after sustaining a knock that forced him off in the second half at Leicester City last weekend.

Callum Wilson has scored more Premier League goals against West Ham United than versus any other side, netting eight times in nine appearances. His first Newcastle United goal came against the Hammers in this season's reverse fixture.

West Ham are unbeaten in all 22 of their matches against bottom-half sides since David Moyes returned (W14 D8).

West Ham can become only the second club to go 3-0 up in four consecutive PL matches, after Manchester United, who did so in February 2010 and September 2011.