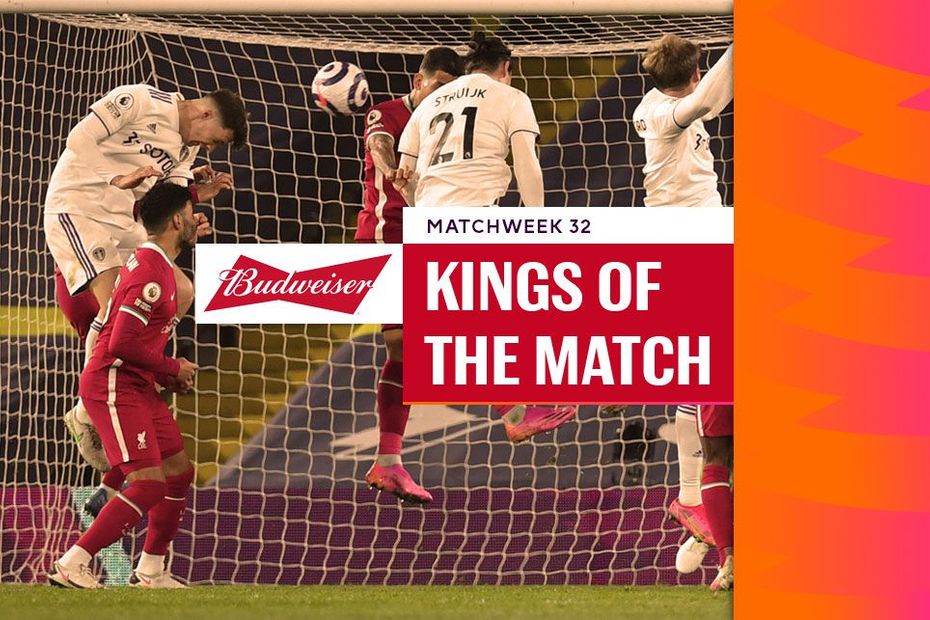 See which players earned the backing of supporters, including Leeds' Diego Llorente

Supporters voted in their thousands to crown their Budweiser Kings of the Match in Matchweek 32.

An overwhelming 87.5 per cent of the total vote went to the Tottenham Hotspur striker who took his tally for the season to 21 with a double at Everton.

Scored his ninth goal in only 10 matches but could not prevent West Ham United falling to defeat.

The substitute struck deep into second-half stoppage time to earn Arsenal a point at home to Fulham, claiming 40.8 per cent of the vote.

The defender earned 34.6 per cent of the vote after he scored his first goal for Leeds United to salvage a draw with Liverpool.

The Chelsea defender was assured at the back, contributing another clean sheet against Brighton & Hove Albion.

Foden netted Manchester City's equaliser at Aston Villa, en route to a win which extended their lead at the top to 11 points.

The striker netted his eighth goal in six league appearances as Leicester City beat West Bromwich Albion to strengthen their hopes of a top-four finish.