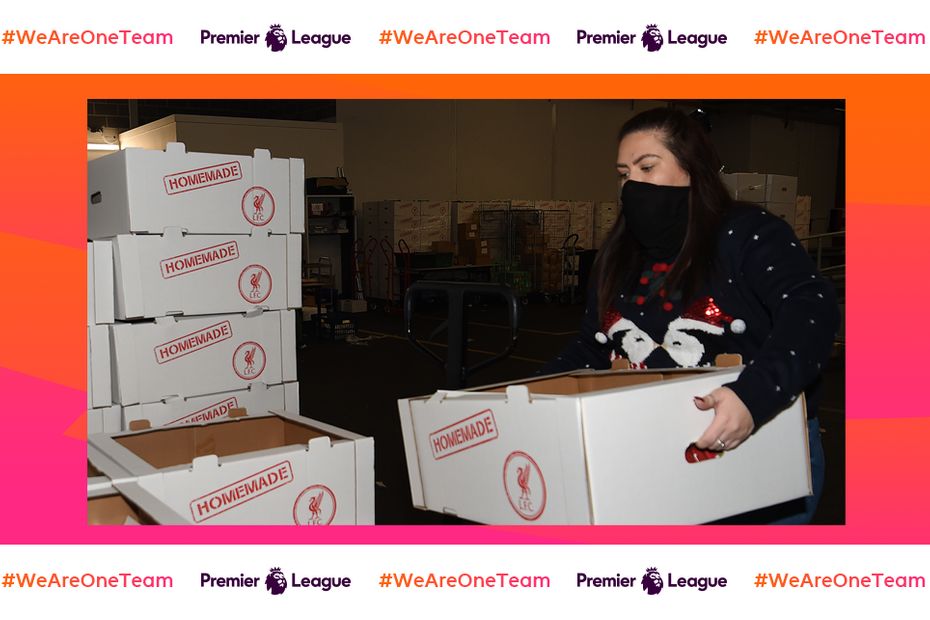 Liverpool have committed to further supporting those most in need in the local community during the COVID-19 pandemic by expanding their Unity Is Strength programme.

This support will include 1,000 weekly fresh meals being prepared by Anfield chefs, food parcels going to local families in need, the provision of accessible virtual LFC Foundation mental health support programmes, and the opportunity to take part in tailored school sessions and open-access sessions.

"The work we started during the first lockdown in March hasn't stopped. We've continued to support and stay in contact with our local communities," LFC Foundation director Matt Parish told the club's official website.

Working with @Red_Neighbours and @LFCFoundation, we're scaling up our Unity Is Strength Community Response work to help those most in need during the current national lockdown 🔴

"Both LFC Foundation and Red Neighbours initiatives had returned in an adapted and safe way with over 30 different programmes being delivered across the region each week, but the majority of these have had to pause again upon entering national lockdown.

"Whilst we are moving most of those programmes onto virtual platforms, we also feel it's really important to enhance our community response work again in these four key areas to help as many people as we can as we move through another very challenging period."

As part of Liverpool's commitment to their community over the past 10 months, the club have donated over £300,000 to the North Liverpool Foodbank and The Trussell Trust's foodbank network across the Liverpool City Region.

They have also reached out to isolated members of the community and made 1,000 phone calls, while providing 42,000 free meals for local families and donating thousands of LFC items and sweet treats to key workers.

Since the latest lockdown began, other Premier League clubs have also been helping in their communities.

The Aston Villa Foundation is helping keep people safely connected with the launch of their TeamWork project, while Tottenham Hotspur, Leeds United, Crystal Palace and Manchester City are allowing their facilities to be used as vaccination centres, and hotel rooms at Chelsea's Stamford Bridge are again being offered to NHS staff at the local hospital.

Liverpool's captain, Jordan Henderson, has also become the first official NHS Charities Together Champion, pledging to shine a light on the valuable fundraising work done for the NHS.