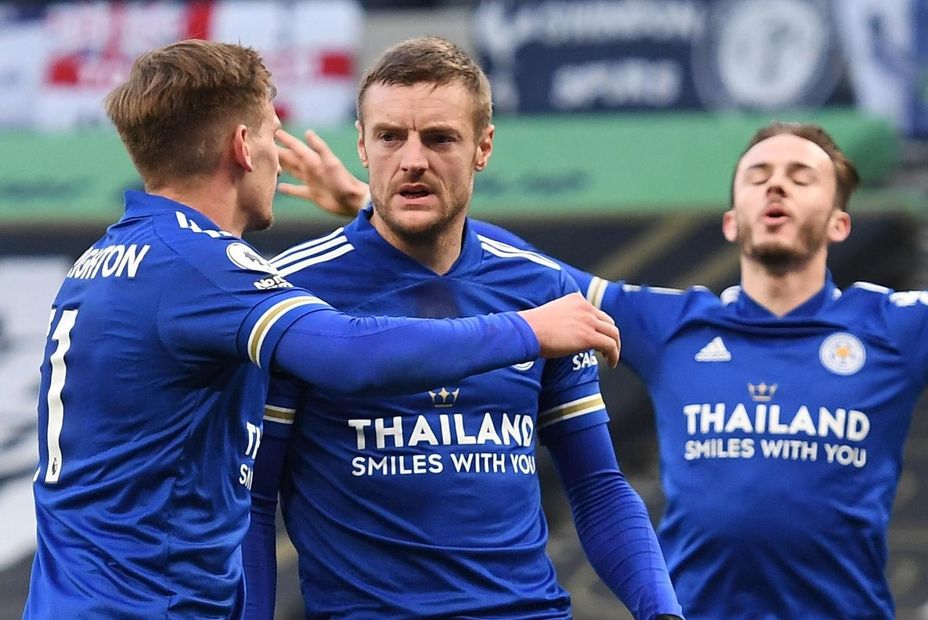 When he converted his penalty at Tottenham Hotspur, Jamie Vardy not only sent Leicester City on their way to a 2-0 victory and second place in the table, he also achieved a unique feat in the Premier League.

For more on this and all the must-know facts from the 14th round of fixtures, read below. To see the reports and key data for the matches, click on the results.

Kevin De Bruyne has 15 Premier League assists in 2020, three more than anyone else, while only in 2017, when he assisted 18 goals, has he provided more in a calendar year .

Yerry Mina's last four Premier League goals have all been scored in the 45th minute.

Callum Wilson has eight goals in 12 Premier League appearances for Newcastle United this season, as many as he managed in 35 matches for AFC Bournemouth last term.

With his 19th goal in his last 19 Premier League away matches, Vardy became the first player to score an away goal against the same opponent at three different venues in the competition (White Hart Lane, Wembley and Tottenham Hotspur Stadium).

Since his debut in February, Bruno Fernandes has both scored and assisted a goal in seven different Premier League matches. Only Matt Le Tissier, with eight in 1994, and Mohamed Salah, with nine in 2018, have done so on more occasions in a single calendar year.

Aston Villa have won five of their last six away fixtures in the Premier League, as many victories as they had picked up from their previous 49 matches on the road in the competition.

Chelsea have scored more goals from corners than any other team in the Premier League this season (8), with three of these goals being headers from Mason Mount assists.