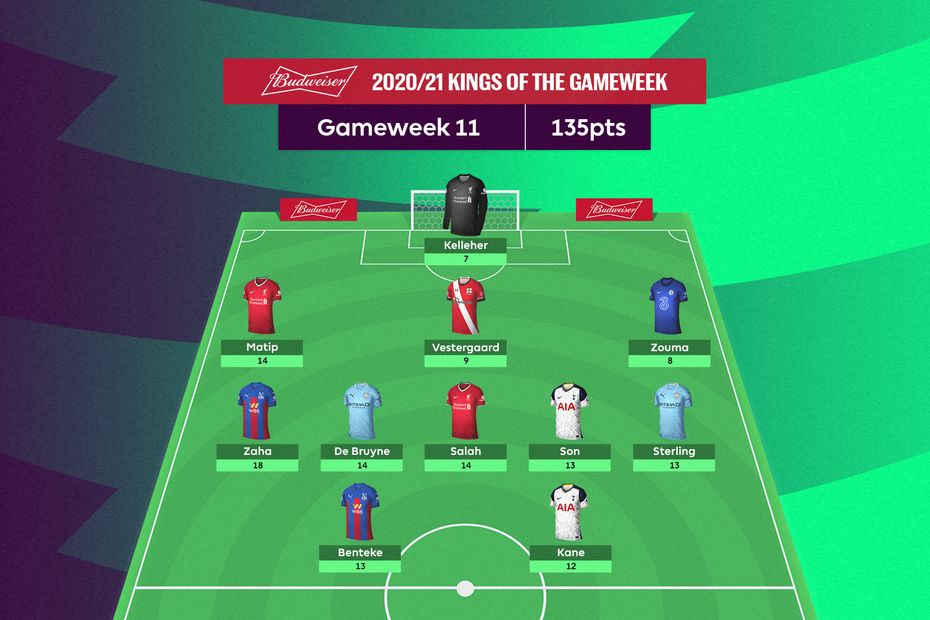 The Crystal Palace star returned to the team to record his third double-figure haul of the campaign, all coming away from home.

Zaha is now the fourth highest-scoring midfielder in the game, on 72 points.

He is joined in the Gameweek's top-scoring Fantasy XI by team-mate Christian Benteke (£5.5m), who netted twice on his first start of the season to earn 13 points.

The Palace duo were among 11 players to deliver double-figures in Gameweek 11.

They take their places in a line-up that scored 135 points in a 3-5-2 formation.