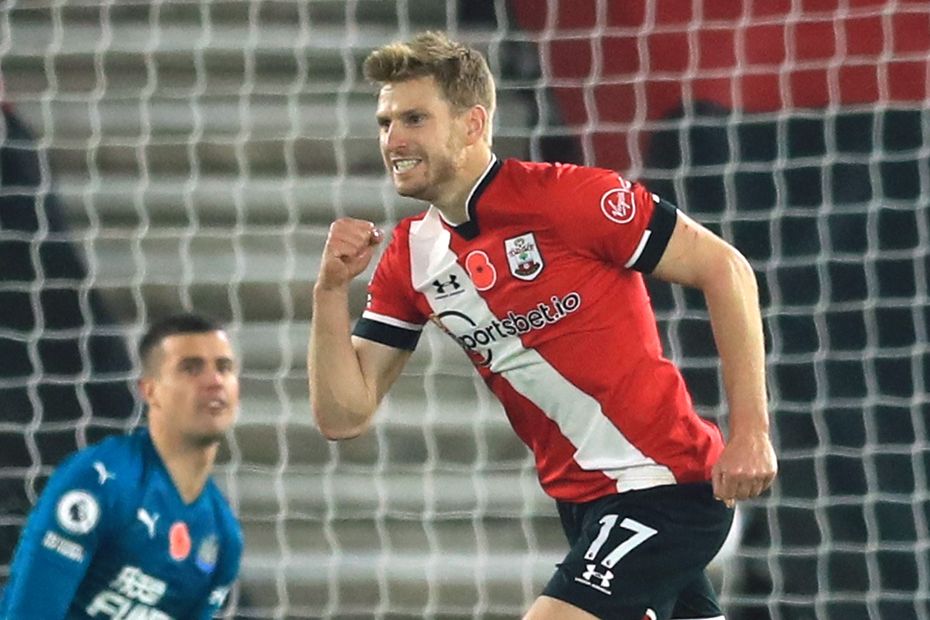 Goals from Che Adams and Stuart Armstrong gave Southampton a 2-0 win against Newcastle United which sent them top of the Premier League table at the end of a day for the first time.

Saints took the lead on seven minutes when Newcastle could not clear their lines after a fine Karl Darlow save and Adams was on hand to volley home Theo Walcott's cross.

Walcott flashed a shot fractionally wide before the break and Oriol Romeu cracked an effort against the crossbar after half-time as Southampton pushed for a second.

Armstrong made sure of the points on 82 minutes with a powerful shot before goalkeeper Alex McCarthy denied Joelinton with a sensational save inside the final five minutes.

Saints are now top on 16 points, level with Liverpool having played a match more. Newcastle stay 11th on 11 points.