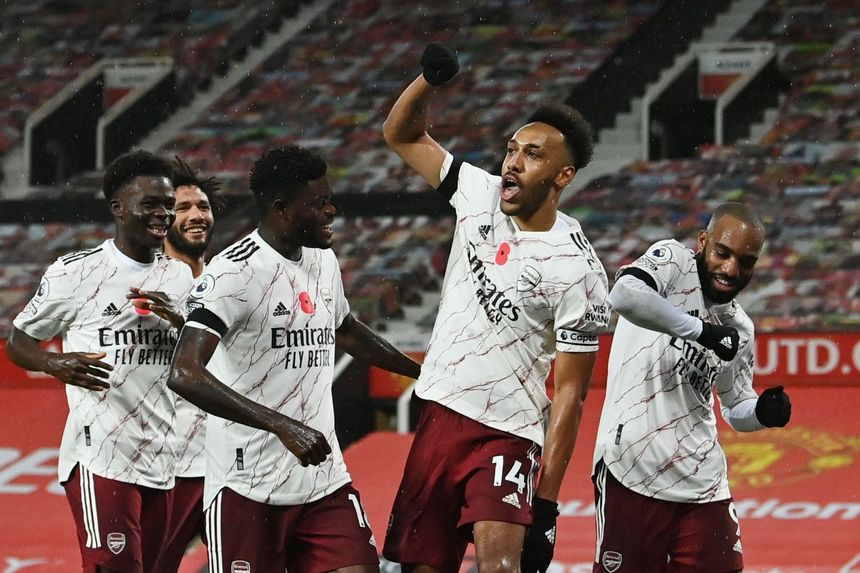 Pierre-Emerick Aubameyang converted a penalty for his first league goal since the opening weekend to give Arsenal a 1-0 victory at Manchester United.

The Gunners captain sent David De Gea the wrong way from the spot on 69 minutes after Paul Pogba had fouled Hector Bellerin.

Arsenal had the better of things in a match of few chances.

Bukayo Saka headed over when well placed on the stroke of half-time and Aubameyang curled a shot wide early in the second half.

United's best effort came with six minutes to go when substitute Donny van de Beek's cross deflected off Mohamed Elneny and Bernd Leno and on to on to a post.

Arsenal's first Premier League win at Old Trafford for 14 years moves them to eighth in the table while United stay 15th.