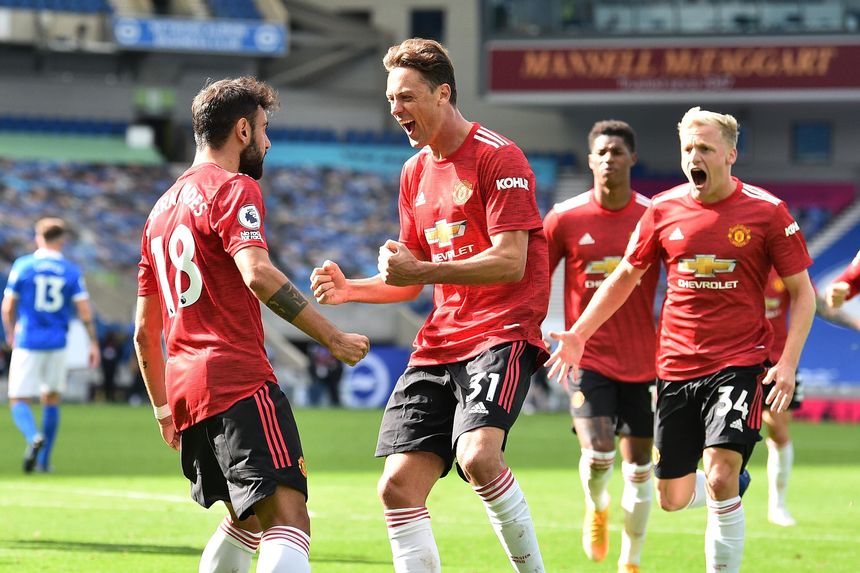 They may be the most successful team in Premier League history but in their 29th season Manchester United have the chance to achieve a feat they have never managed before when they visit Newcastle United on Saturday.

For more on this and all the must-know stats for Matchweek 5, read on. To check out the head-to-head records, click on the fixtures.

Everton head into a top-flight Merseyside derby as the league leaders for the first time since 1989.

Chelsea have won seven of their last eight home matches, scoring 18 goals and conceding only four.

Man Utd can achieve a club first with a sixth straight top-flight away win while scoring at least twice each time.

Sheffield United have secured victory in each of their last 10 Premier League home matches against London sides.

Wilfried Zaha has scored six goals against Brighton & Hove Albion, more than he has registered against any other team.

Harry Kane has been involved in a competition-high nine goals this season, scoring three and setting up six.

Aston Villa are looking to win their opening four league matches of a season for the first time since 1930/31.

Burnley will try to avoid starting a top-flight campaign with four straight defeats for the first time since 1927/28.

Leeds United are unbeaten in three matches, and are undefeated at home so far this season.