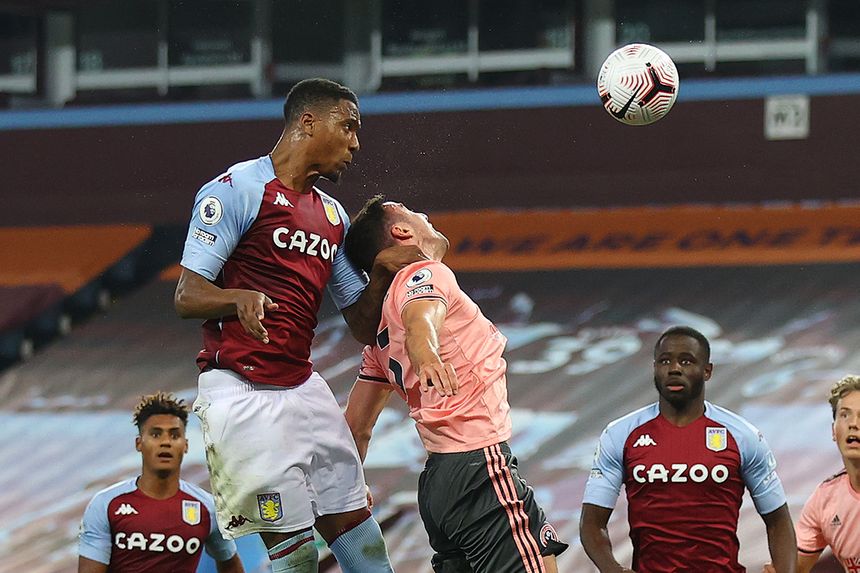 Ezri Konsa's second-half header and a penalty save from goalkeeper Emiliano Martinez on his debut handed Aston Villa a 1-0 victory over 10-man Sheffield United.

Sheff Utd centre-back John Egan was shown a straight red card on 12 minutes for a foul on Ollie Watkins as the striker, one of three Villa debutants, broke through on goal.

The Blades weathered a spell of intense pressure, but they could have broken the deadlock on 36 minutes.

Villa's Matt Targett was penalised for a foul on Chris Basham, before John Lundstram's spot-kick was expertly saved by Martinez, signed from Arsenal last week.

That miss proved costly and Villa took the lead on 63 minutes, with Konsa rising high to head in after Tyrone Mings had flicked on Jack Grealish's corner.

Watkins and Grealish were close to adding a second, as Villa started their campaign with a victory while the Blades are yet to register a point.

King of the Match: Emiliano Martinez