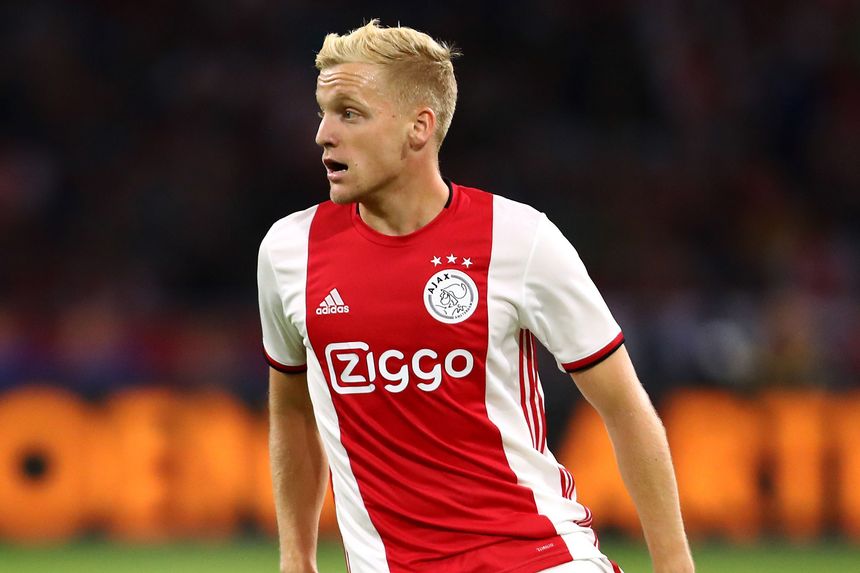 Van de Beek exclusive: I will give everything External Link
Summer 2020 Transfers & News

The Netherlands international has agreed a five-year contract with United, with an option for a further year, and joins for an undisclosed fee.

Van de Beek arrives at Old Trafford after scoring 41 goals and supplying 34 assists in 175 appearances for Ajax, having helped them win the Eredivisie title in 2018/19 and reach the semi-finals of the UEFA Champions League in the same season.

"I cannot begin to explain how incredible an opportunity it is to join a club with such an amazing history," Van de Beek, who will wear then No 34 shirt, told Man Utd's official website. "I would like to thank everyone at Ajax. I grew up there and I will always have a special bond with the club.

"I am now ready to take the next step in my career and perform at the highest level and there is no higher standard than Manchester United."

The 23-year-old, who can operate in a number of different midfield positions, has been capped nine times by his country after making his international debut in November 2017.

He will hope to make his Premier League bow when Man Utd begin their campaign at home against Crystal Palace on Saturday 19 September.