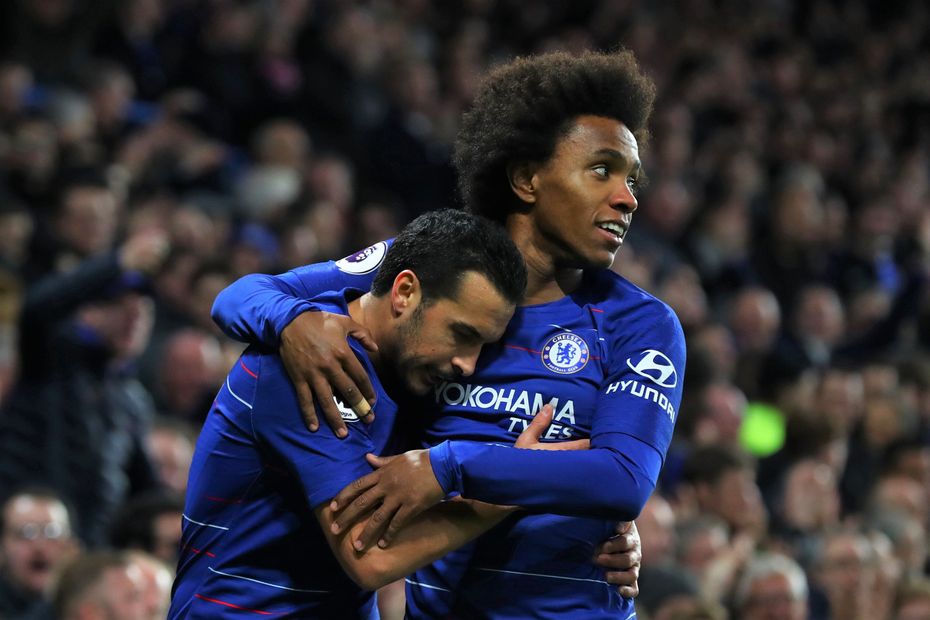 'It's been a pleasure and an honour to play for this club': Pedro says goodbye External Link
Watch Pedro's Goodison Park stunner

Wingers Willian and Pedro have both thanked Chelsea for their "wonderful" time with the club after confirming they are leaving as their contracts expire.

In an open letter on the club's official website the Brazilian wrote: "They were seven wonderful years.

"In August 2013 when I received the offer from Chelsea, I was convinced that this was where I had to play. Today I am certain that it was the best of decisions.

"I am really grateful to the Chelsea fans for the affectionate way they welcomed me at Stamford Bridge and their support throughout my time at the club."

Pedro, who arrived from Barcelona in August 2015, made 137 Premier League appearances for the Blues, scoring 29 goals and providing 16 assists.

The Spaniard was part of the 2016/17 title-winning squad and is one of only two Premier League players to win the Budweiser Goal of the Month award twice in the same season, with Kevin De Bruyne recently becoming the second.

Pedro wrote: "It's been a pleasure and an honour to play for this club and win the Premier League, FA Cup and Europa League titles, as well as competing in one of the world's best football leagues.

"I made the right choice. I take with me wonderful and unforgettable memories.

"Thank you for the experience of being a member of your big family. I've been very happy here, you've made me feel like home."