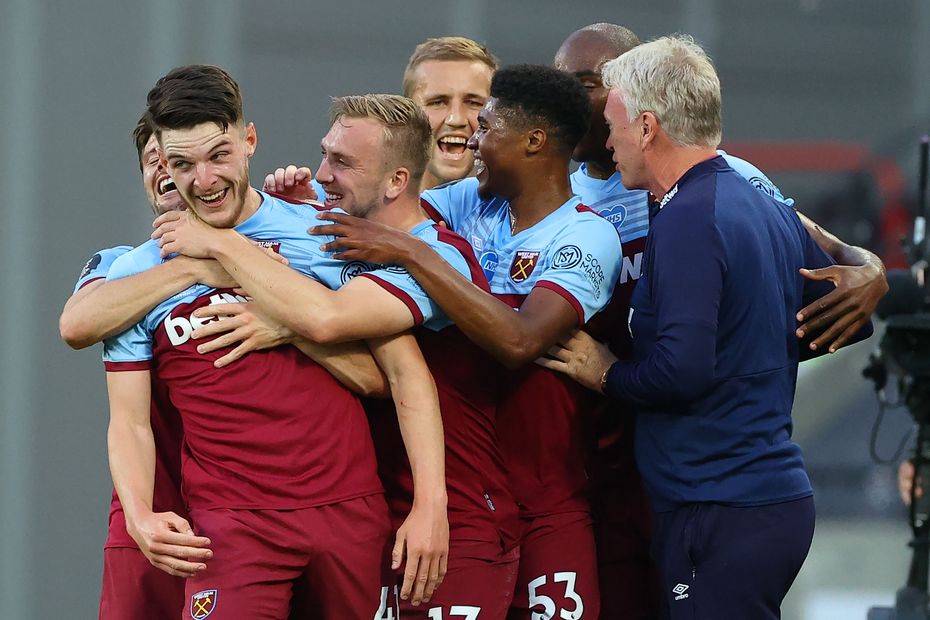 West Ham United took a huge step towards securing their Premier League status with a 3-1 win against relegation rivals Watford at the London Stadium.

Michail Antonio rifled home the opener after six minutes having been picked out inside the area by Pablo Fornals.

David Moyes's men were 2-0 up within 10 minutes when Tomas Soucek powerfully headed past goalkeeper Ben Foster.

Declan Rice added a sublime third goal on 36 minutes, taking a touch before sending a 25-yard curler into the top corner.

The Hornets came close to pulling a goal back either side of half-time but both Craig Dawson and Christian Kabasele headed narrowly off target.

But they did reduce the arrears after 48 minutes when Abdoulaye Doucoure's low drive hit the post and Troy Deeney converted the rebound.

Hard though they tried Watford were unable to conjure more goals as West Ham held on for three priceless points.

The Hammers move up to 15th place on 37 points, six clear of third-from-bottom AFC Bournemouth with two matches left to play.

Watford remain in 17th place, three points above the relegation zone and with matches against Manchester City and Arsenal to come.