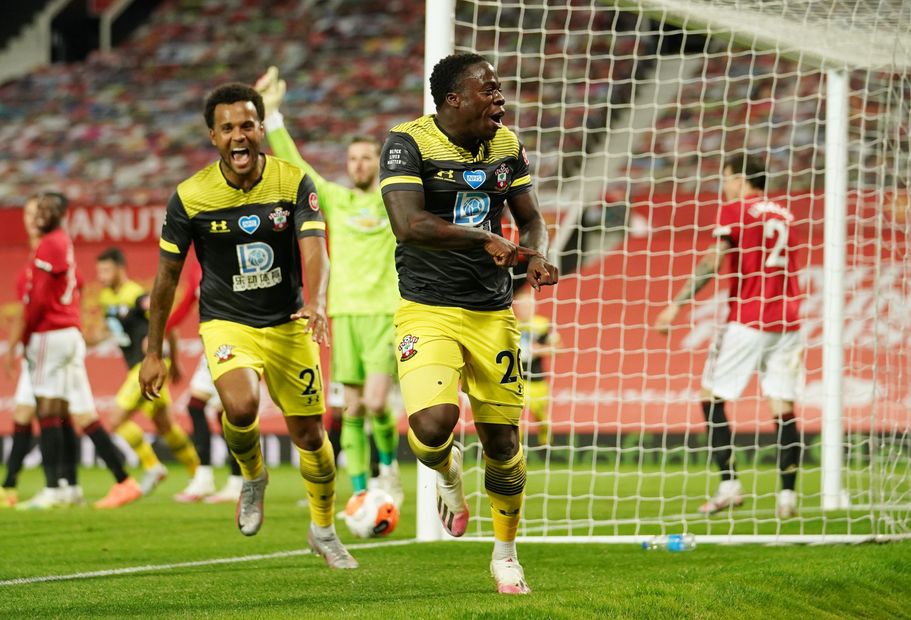 Victory would have taken Man Utd into the top four, but Obafemi bundled the ball home at the far post after Jan Bednarek had flicked on a corner.

But Anthony Martial set up Marcus Rashford to equalise, before driving a fierce shot into the roof of the net three minutes later to put United ahead.

Rashford was denied a second goal midway through the second half by Ryan Bertrand's intervention, but the visitors rallied.

David De Gea's fingertip save kept out Redmond's curled effort late on but, after United substitute Brandon Williams had had to go off with a head injury, Obafemi pounced from close range.

The draw keeps United in fifth position, level on 59 points with fourth-placed Leicester.

Southampton remain in 12th on 45 points.