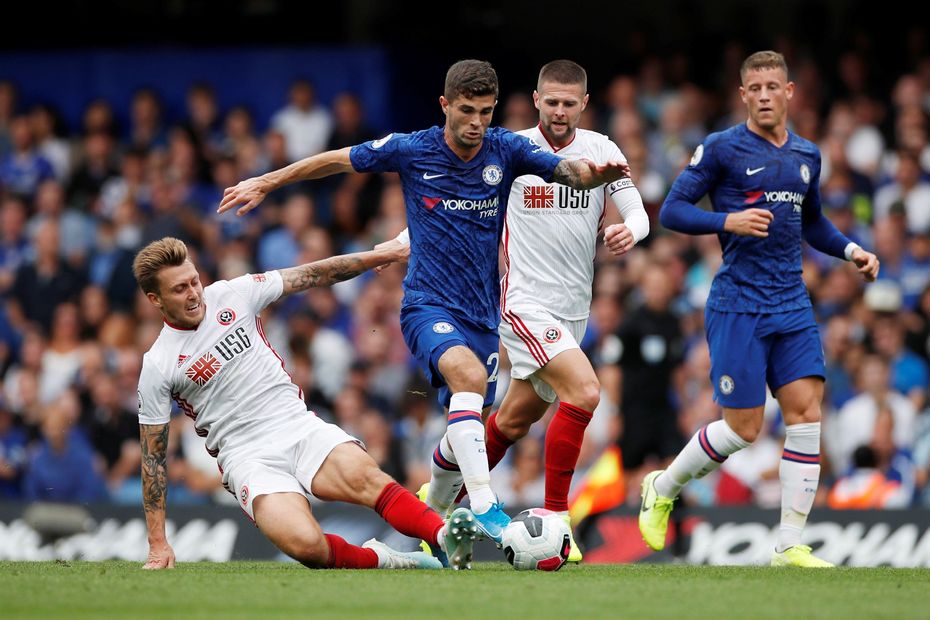 Lampard reports how long Gilmour will be out External Link

A third win in four matches would take Sheffield United above Wolverhampton Wanderers and boost their hopes of European qualification.

Against Wolves last time out, Sheff Utd won 1-0 for the seventh time in the Premier League this season – more than any other side. The Blades are looking to secure four consecutive Premier League home wins for the first time.

After 72 matches without a goal in all competitions, Blades defender John Egan has scored in back-to-back contests, netting an 80th-minute equaliser versus Burnley and a stoppage-time winner against Wolves.

Chelsea have won their last five Premier League matches in Yorkshire and are unbeaten in their last nine there, since December 2002.

Blues striker Olivier Giroud has scored four goals in his last six PL appearances and is aiming to find the net in a third successive match for the first time since January 2017.