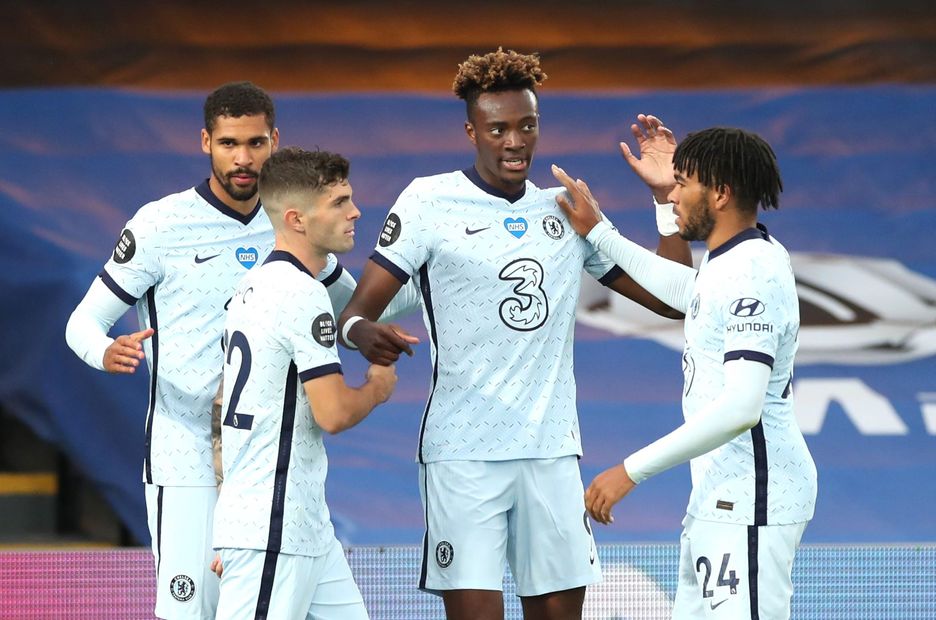 Match Report: Crystal Palace 2 Chelsea 3 External Link
'Crystal Palace's support has been vital to me and my family'

Chelsea moved third in the table thanks to a pulsating 3-2 victory over Crystal Palace.

Frank Lampard's side took the lead on six minutes when Willian surged down the right and squared for Olivier Giroud.

Christian Pulisic then slammed a shot beyond Vicente Guaita on 27 minutes from an angle to make the score 2-0.

Seven minutes later, Wilfried Zaha rocketed a shot into the top corner to halve the deficit.

The home side pushed for an equaliser and in stoppage time, Scott Dann's header for the Eagles was touched on to the post by Chelsea's Kepa Arrizabalaga.

Crystal Palace are 14th, on 42 points, while Chelsea leapfrog Leicester City and go third with 60 points.