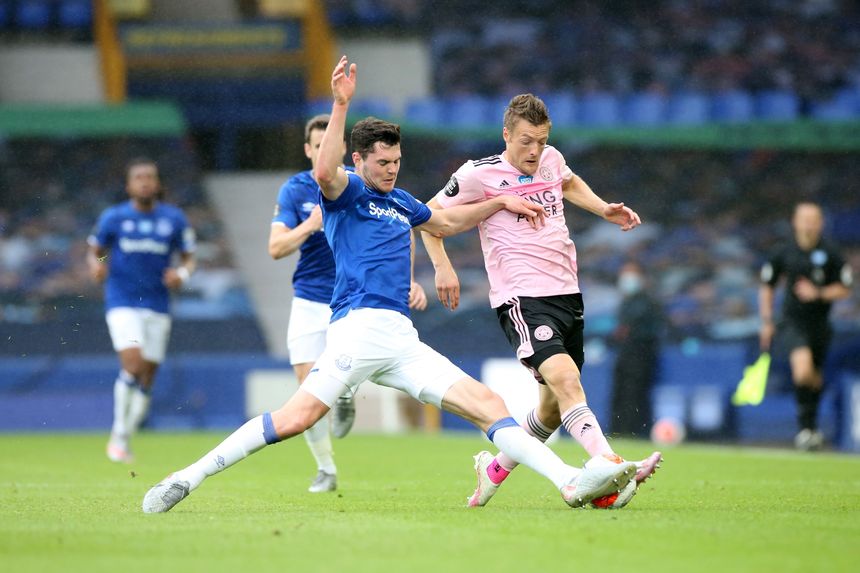 Carlo Ancelotti will bank on Everton's improving defence to provide a platform for victory at Tottenham Hotspur on Monday evening.

Despite facing two of the top three teams in the table since the restart his side have conceded just once in 270 minutes of action.

While they have defended solidly as a team, it is their central defensive partnership of Mason Holgate and Michael Keane that has impressed most.

Working well as a pair, they have barely foot a wrong.

Key to Everton’s prospects of success will be ensuring that Harry Kane has limited shooting opportunities during the 90 minutes.

The Spurs forward has had nine efforts on goal across his last two appearances, scoring in both matches.

It has not been plain sailing for Keane since he left Burnley for Goodison Park in the summer of 2017.

His form has fluctuated and, at times, the 27-year-old has struggled to nail down a regular starting berth.

However, since the 2019/20 campaign resumed, his defensive play has been impeccable alongside the talented Holgate.

Together they kept Roberto Firmino and Jamie Vardy quiet, and Keane also scored the only goal from a corner in a 1-0 win at Norwich City.

Last time out against Leicester City, Keane more than played his part in a 2-1 victory.

Weathering a second-half storm, he made 12 clearances and three terrific blocks.

This kind of resilience may be required again at the Tottenham Hotspur Stadium.

During the latter stages of their win at home to Leicester, Ancelotti reverted to a 3-5-1-1 formation.

Bringing the fit-again Yerry Mina on to help cope with the Foxes' onslaught proved an effective ploy.

Ancelotti switch to a back three?

It may have also given the Italian head coach fresh tactical thoughts ahead of the Spurs match.

Interestingly, the last three Premier League defeats suffered by Spurs have all came against opponents who used a back three: Sheffield United, Wolverhampton Wanderers and Chelsea.

It may be coincidence but there can be little doubt Jose Mourinho's team have struggled against that type of shape.

Earlier in the campaign, Spurs were also beaten at home by Newcastle United and Chelsea, and on each occasion the victors used a trio of central defenders.

Ancelotti likes a 4-4-2 but is not afraid to push the adventurous Seamus Coleman and Lucas Digne on as wing-backs.

The head coach has made that in-game change on several occasions and has also experimented with 3-5-2 and 3-4-1-2 from the start of matches since taking over at Christmas.

It would be a risk to change the thriving Holgate-Keane partnership but in this encounter it would not be a major surprise if Ancelotti added Mina to his backline.