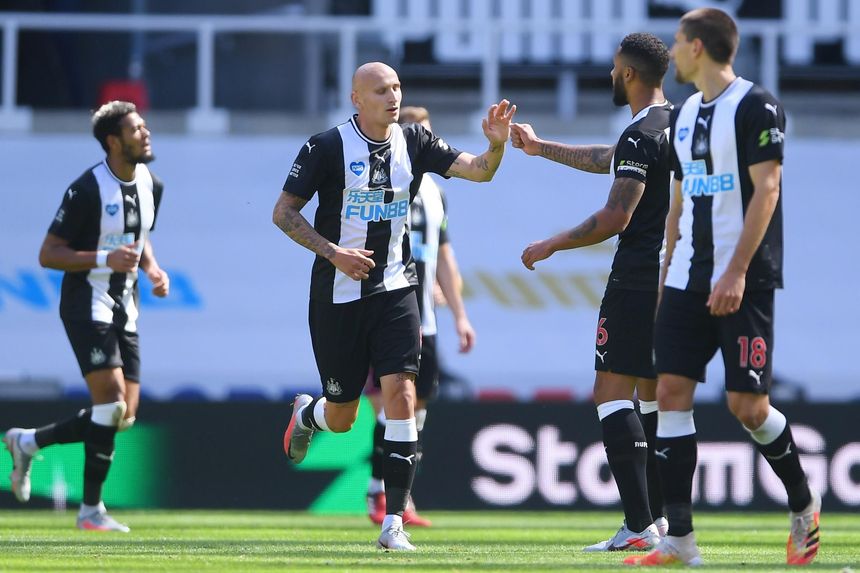 David Moyes: We’re picking up points but must tighten up External Link

Newcastle United twice came from behind to earn a share of the points with West Ham United in an entertaining 2-2 draw at St James' Park.

But Miguel Almiron sidefooted a 17th-minute equaliser for Newcastle with another close-range finish from Emil Krafth's right-wing centre.

Tomas Soucek restored the Hammers' lead in the 65th minute when he swept home a rebound after Declan Rice had headed a corner against the bar.

But less than two minutes later, Jonjo Shelvey played a one-two with Dwight Gayle to level the scores again.

A sixth league match without defeat sends Newcastle 12th on 43 points, while a first point in eight away matches takes 16th-placed West Ham four points above the bottom three with 31 points.