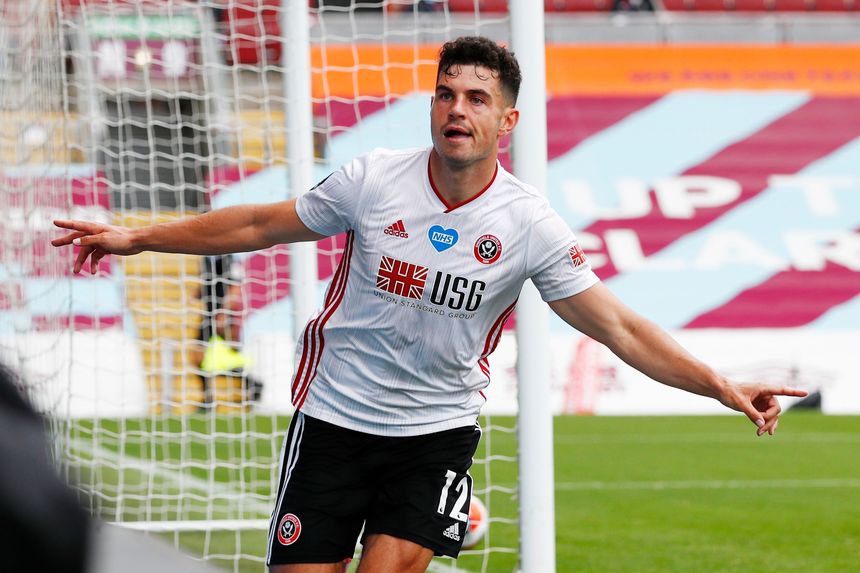 The centre-half drilled the ball home from the edge of the six-yard box in the 80th minute after substitute Billy Sharp had nodded on Ben Osborn's cross.

James Tarkowski had put Burnley ahead just before half-time when he prodded in the ball after Jay Rodriguez's flick-on from Dwight McNeil's free-kick.

McNeil could have doubled the hosts' lead but the winger shot a great opportunity wide three minutes before Egan's equaliser.

Burnley move above Tottenham Hotspur into ninth place on 46 points, two points behind Sheffield United, who remain in eighth.