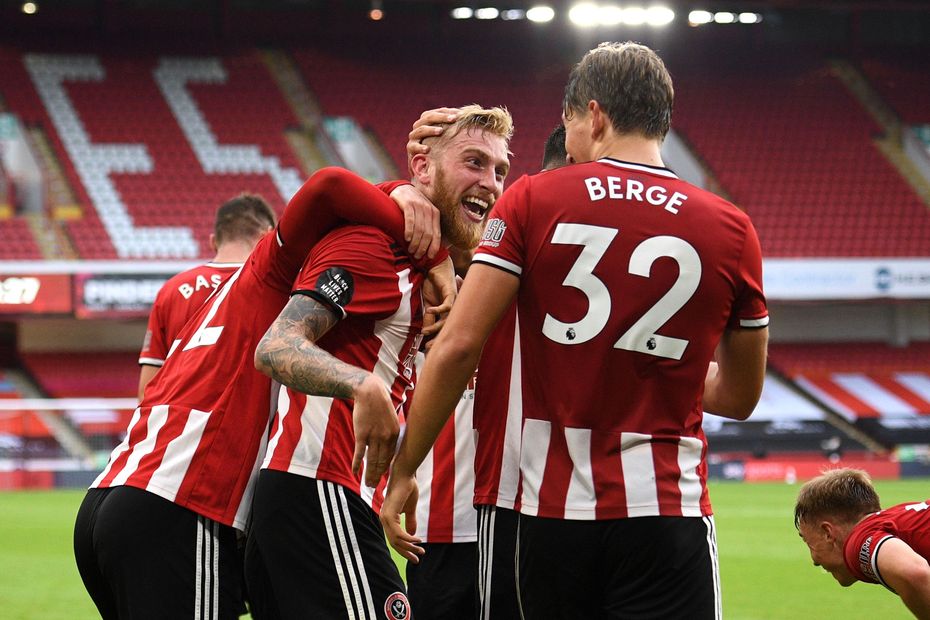 Berge, Mousset and McBurnie on the scoresheet as the Blades claim their first win in four league matches

That was the real Sheffield United - Wilder External Link

Sheffield United climbed to seventh in the Premier League table thanks to a 3-1 victory against Tottenham Hotspur at Bramall Lane.

Sander Berge's clinical low finish put the Blades into the lead on 31 minutes, just before Spurs striker Harry Kane had a goal ruled out for a handball by Lucas Moura after a Video Assistant Referee check.

David McGoldrick hit the side-netting for Sheffield United after the break before substitute striker Lys Mousset doubled the lead on 69 minutes.

A close-range finish by Oliver McBurnie from Berge's 84th-minute cross completed an impressive display by Chris Wilder's team before Kane netted a 90th-minute consolation for the visitors.

Sheffield United are now on 47 points, while Spurs drop to ninth, with 45.

The race for Europe