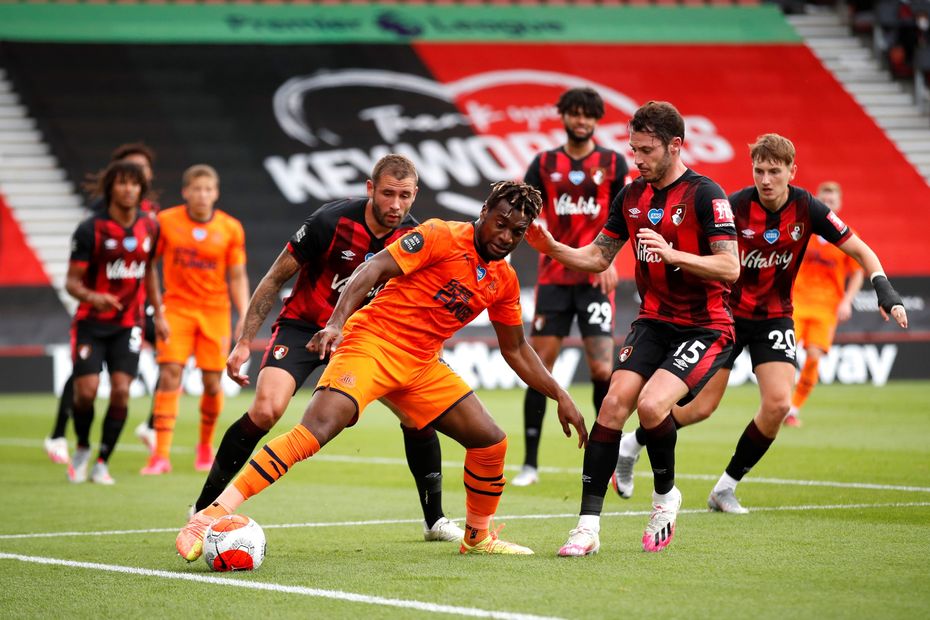 The French winger stole possession from Jefferson Lerma in the fifth minute and freed Dwight Gayle, who found the bottom corner.

Saint-Maximin then dribbled to the byline on the half-hour mark and cut the ball back for Sean Longstaff, who fired into the roof of the net.

The Frenchman again provided the assist as Longstaff’s replacement Miguel Almiron curled in a fine finish on 57 minutes.

The Cherries pulled a goal back in stoppage time through Dan Gosling.

The battle to stay up

Newcastle, who are unbeaten in five matches, sit 13th.

A fourth consecutive defeat for AFC Bournemouth keeps them in the bottom three, now below Aston Villa on goal difference.