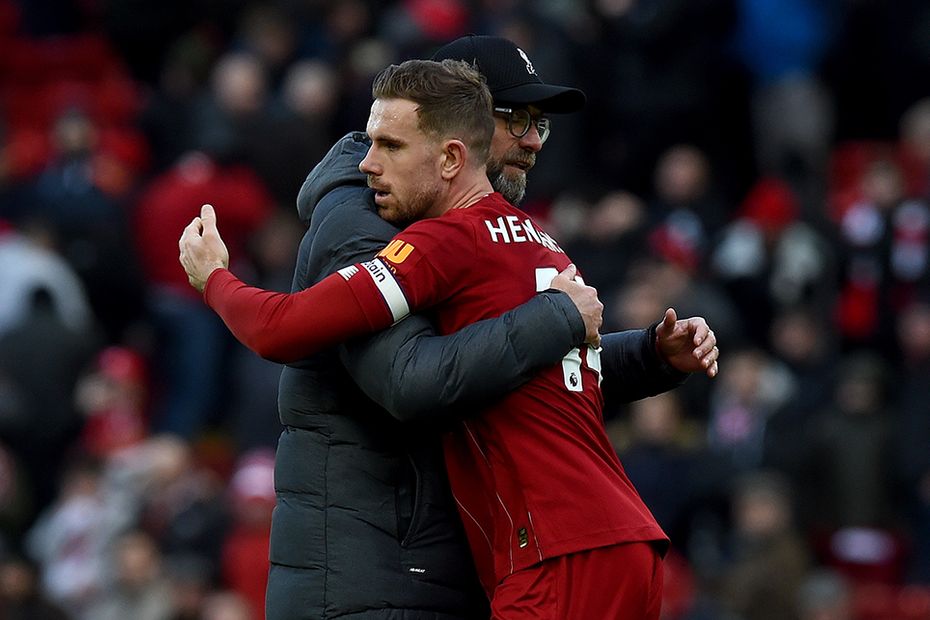 Jurgen Klopp and Jordan Henderson have hailed the incredible achievement of their Liverpool team after they claimed the club's first Premier League title.

Chelsea's 2-1 win over 10-man Manchester City on Thursday meant that Liverpool were crowned champions, an uncatchable 23 points ahead of City with seven matches remaining.

Klopp paid tribute to his predecessor, Sir Kenny Dalglish, who was the last Anfield manager to claim the title, as well as his former captain Steven Gerrard, who came so close to leading his team to the Trophy in 2013/14.

"It is unbelievable. It's much more than I ever thought would be possible," Klopp said. "Knowing how much Kenny supported us, it is for you.

"He has waited 30 years and it's for Stevie Gerrard. The boys admire you all and it's easy to motivate the team because of our great history."

Klopp admitted to nerves while watching the Chelsea match, in which the Blues led, City equalised and then hit a post before a late Willian penalty sealed the home victory.

"It was really tense for 100 minutes of the City game," Klopp said. "I didn't really want to be involved but you are when you watch it."

The German praised his players for their performance this season, especially after the three-month suspension for the COVID-19 pandemic.

"It's an incredible achievement by my players and it's a huge joy for me to coach them," Klopp said.

"I haven't waited 30 years, I have been here for four-and-a-half years, but it is quite an achievement, especially with the three-month break because nobody knew if we could go on."

Henderson said Klopp was the reason that Liverpool were champions.

"He is a great leader and a great human being and we all believe in him," the Reds captain said.

"We have got an amazing group and that is down to the manager and how he has gelled them all together. It's not a coincidence and it's credit to him and all the staff."